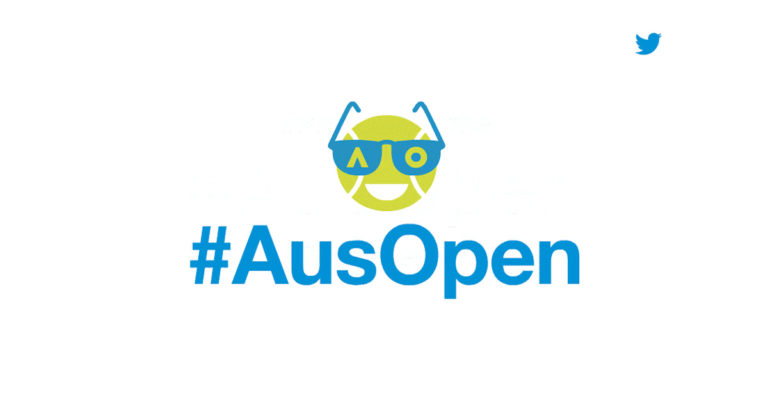 As part of the partnership, Twitter will produce a live daily behind-the-scenes show called #AOLive. There will be two 90-minute episodes each day starting at 9:30am and 5:30pm (AEDT). It will be available for free to logged-in and logged-out users on Twitter globally via live.twitter.com/AustralianOpen and on connected devices globally through @AustralianOpen.

The official hashtag for the competition is #AusOpen, and Twitter has also created a special Australian Open emoji.

Tennis fans in Australia will also be able to catch video highlights from @7Tennis’s exclusive coverage of the grand slam. Throughout the tournament, video Tweets shared by @7Tennis will include instant and catch-up replays of on-court action at the #AusOpen, with a short pre-roll ad from sponsors including @ANZ_AU, @Blackmores, @IndustrySuper, @kiaaustralia, @LottolandAU, @MastercardAU, @Optus, @SamsungAU and @Toyota_Aus.

Twitter Australia recently released a list of players who have been tweeted about most frequently in relation to the hashtag #AusOpen this year.