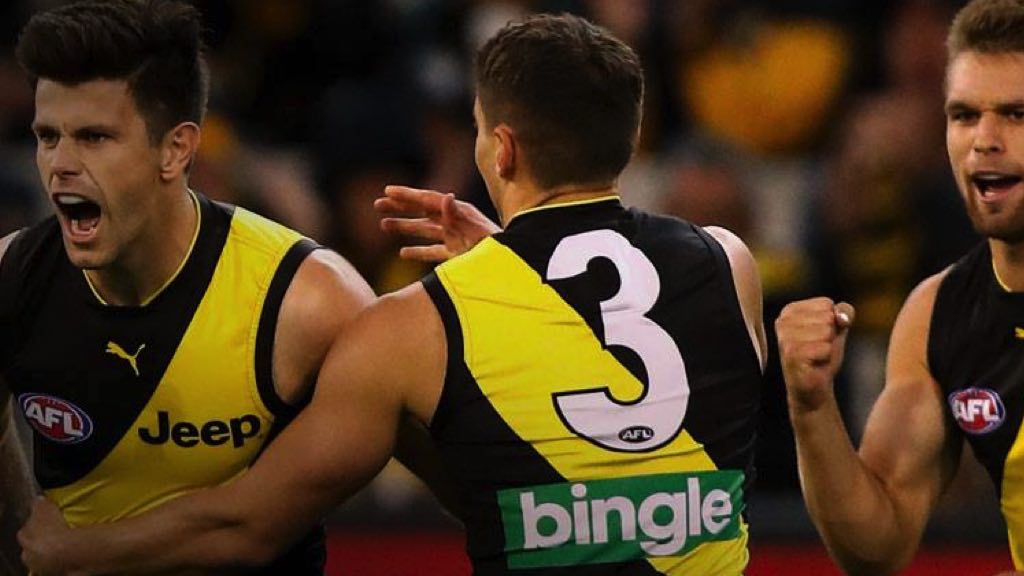 Football fans and TV audiences are enjoying AFL on Thursdays as the first match of round two secured Seven another Thursday victory and Richmond were also winners in their clash with Collingwood.

Nine took top spot in Sydney and Brisbane with a game played in front of a small crowd at Sydney’s ANZ stadium on a very wet night.

TEN was able to assemble the biggest TV audience after the news bulletins had finished with Gogglebox the fourth most-watched program behind the Seven, Nine and ABC News bulletins.

Home and Away screened in three markets (no Melbourne or Adelaide) with 450,000 watching.

Viewers in some markets saw Border Security and then the 2014 Godzilla movie.

Gogglebox was easily the channel’s best last week and it will be a big contributor this week too alongside the Australian Grand Prix.

Last night’s number of 687,000 was down on 725,000 last week. The episode was another cracker with Nine’s Hot Seat getting a good work-over. The home critics also looked at Bondi Rescue, which managed to segue into a promo for the next episode in some markets.

Listen to the new Mediaweek podcast with Andrew Mercado and James Manning where they discuss if Gogglebox should be on every week of the year.

The Thursday episode was back above 300,000 with The Project 7pm on 462,000. Steve Price went hard on his criticism of Bronwyn Bishop during his spot.

It was a night of series finales starting with Dream Gardens wrapping up its first season with 480,000. The show launched in week six with 561,000.

Newton’s Law then ended its eight-episode run as the upstairs and downstairs legal teams joined forces in a class action, taking on a pharmaceutical company that tried to cover up the side effects resulting from its drug trials.

Michael Portillo was again the channel’s best although it was one of the few dreary episodes as he made Bristol look uninviting despite the UK city being voted the Best Place to Live by The Sunday Times. The episode did 321,000, well up on 260,000 last Thursday.