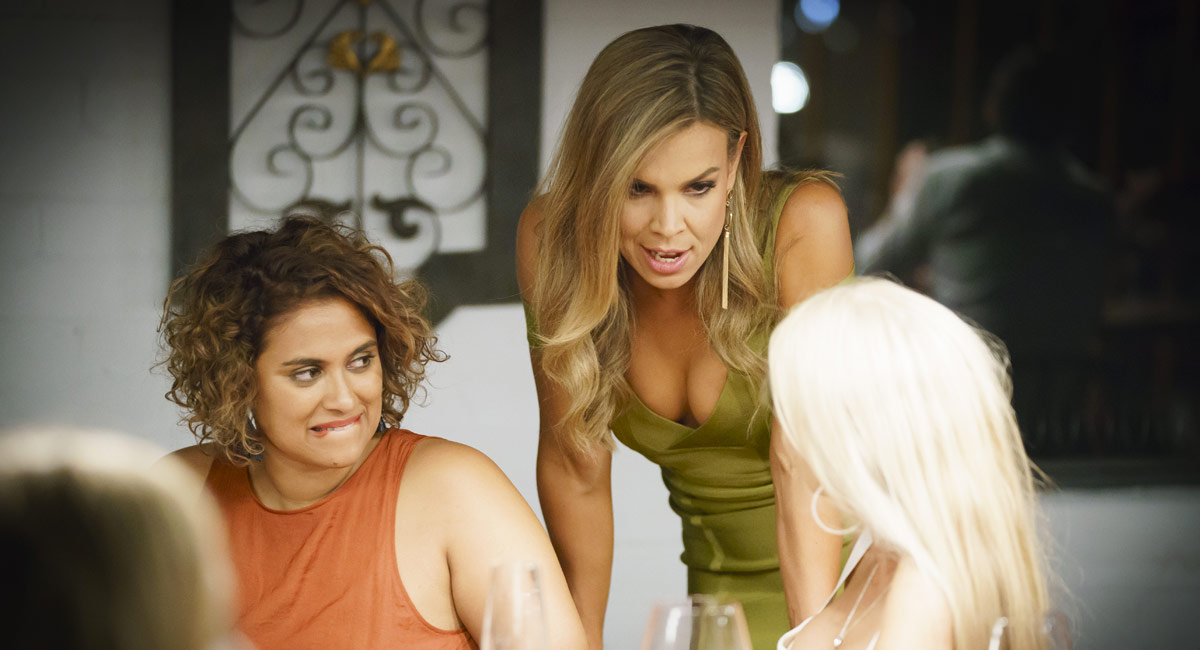 My Kitchen Rules was just short of 1m metro viewers as group 1 was scoring group 2 in another restaurant takeover. Olga and Valeria got the nod for the best food while Davide and Marco were the weakest and head to Elimination House. The Tuesday audience was down slightly on last week’s 1.03m.

The Good Doctor followed with Shaun questioning the need for risky surgery on a girl who couldn’t smile. The audience slipped just below 900,000.

It was the first time the combo of MKR and The Good Doctor didn’t win the night for Seven.

Cheap big-screen TVs were one of the topics on A Current Affair with a second consecutive night over 900,000. The episode also featured reporter Alison Piotrowski interviewing Billy Ray Cyrus.

Married At First Sight set more audience records last night with its biggest audience ever – close to a half million were watching in both Sydney and Melbourne. The size of the audience also makes it the #1 non-sports program of the year. It’s worth noting the national average audience was 2.22m with 599,000 regional. Cast members Troy & Carly and Sean & Tracey were involved in a partner-swapping episode that shocked, amazed and thrilled their co-stars and the audience.

Married has also had major impacts for Nine’s supporting platforms. The program Talking Married had a record audience last night of 226,000 metro making it 9Life’s most-watched program ever.

The channel’s numbers recovered after two tough nights thanks in part to two episodes of Bondi Rescue, which were both over 300,000.

The Project did 479,000 with a strong second 30 minutes that featured former regular Kitty Flanagan and visiting star of UnREAL, Constance Zimmer.

Tuesday night share was back in single figures, yet still narrowly ahead of TEN.

The Checkout featured a very long piece on an online travel agent while Julian Morrow investigated mobile phone cancellation fees on FU Tube. The episode did 442,000 after 304,000 last week.

Insight attracted the biggest audience for the channel with 215,000.