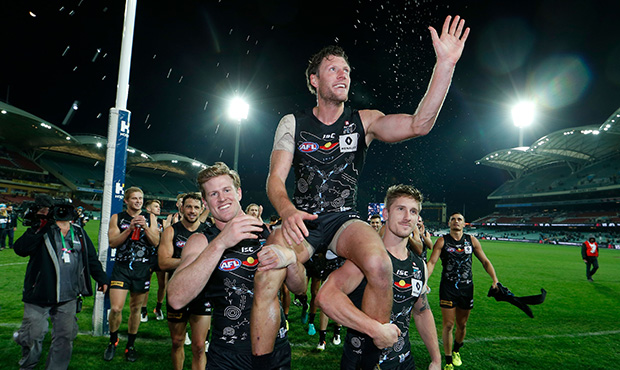 While the AFL helped secure a Seven win, it was certainly a long way short of the audience numbers Nine attracted with Origin.

Viewers in Sydney and Brisbane saw House Rules and then Aussie Property Flippers.

The Thursday edition of A Current Affair was just under 779,000.

RBT had a national audience with no Thursday night NRL, with 584,000 watching the breath-testing unit in action.

Viewers in other states got an episode of The Last Resort.

MasterChef was down exactly 100,000 on the previous Thursday with 778,000 watching last night’s elimination.

Michael Portillo travelled from Dromod to Sligo in Ireland on Great British Railway Journeys with the audience just pushing above 300,000.