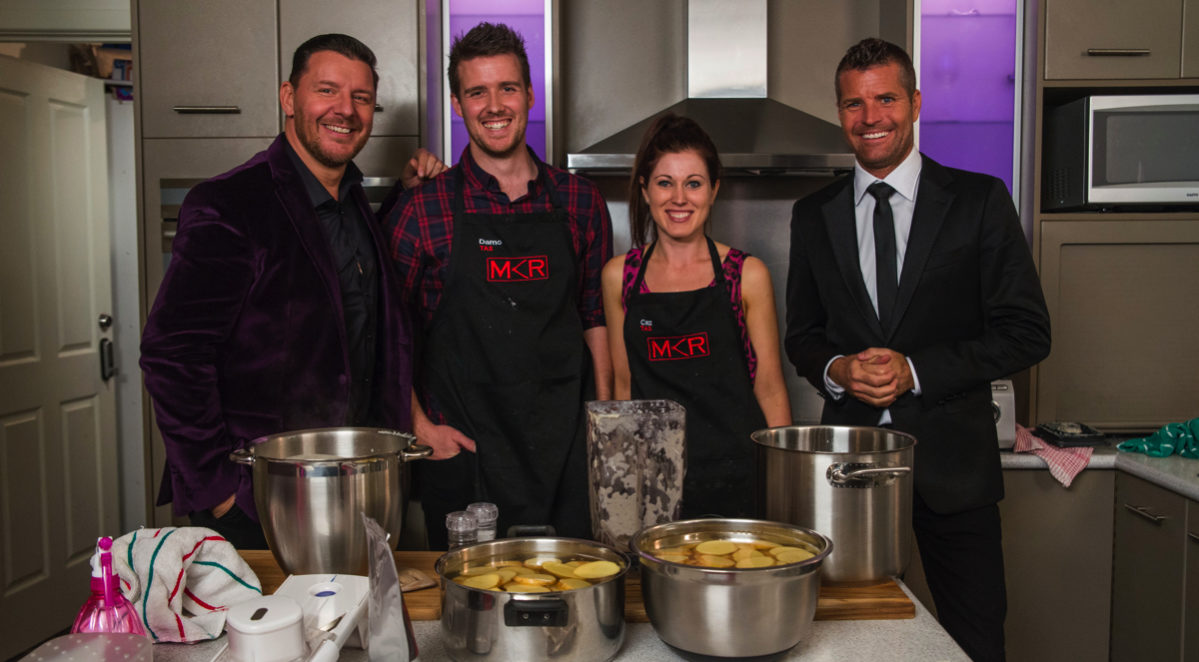 Schedules returned to near normal on most channels last night despite still being just under two weeks away from the start of survey for 2017.

Seven was the big winner with no surprises that My Kitchen Rules eased straight back into first place, which helped Seven to a metro share of 25.7%. After just two nights the channel is well placed for a week five win with a share of 39.5% and a combined channel share of 45.2%.

Seven was a Monday timeslot winner from 5pm with The Chase through Seven News, Home and Away, My Kitchen Rules and Bride & Prejudice. And all of those primetime programs are in-house productions.

Nine secured second place despite ranking #3 in the critical 7.30pm slot behind Seven and TEN.

TEN ranked #2 at 7.30pm with viewer interest in the arrival of two more celebrities taking the total number to 12.

The Chase gave away $98,000 last night, which is one of the bigger wins on the show where prize money is often pretty small or non-existent.

Seven News was a network winner at 6pm with both half hours over 1.1m.

Home and Away was in the midst of a bushfire that caused havoc at the Summer Grooves festival threatening the life of one of the characters and the unborn baby of another. The show returned to the schedule at 7pm with 878,000, winning its timeslot.

My Kitchen Rules started season eight at the home of Tasmanian married couple Damo and Caz. They scored best with their entrées but the scores dropped for their main and then lower for dessert. Their overall total was 62 out of 110.

Seven then launched Bride & Prejudice off the back of MKR around 9pm. On a big night for weddings on TV, this Seven newcomer pulled a bigger audience after 9pm than Married At First Sight could manage at 7.30pm. If the series can keep above 800,000 in the later timeslot it will be job done for the series that Seven predicted could be big when it declined to reveal its title at the 2017 Upfront last year. 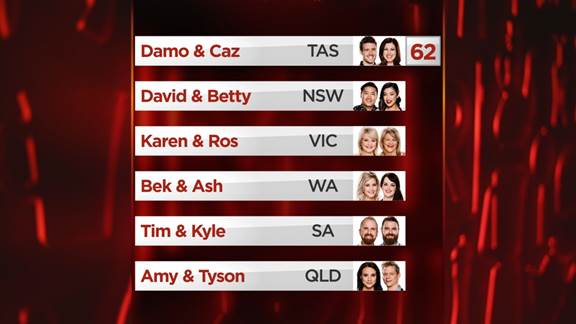 Millionaire Hot Seat trailed The Chase across its new one-hour slot, but the show easily won when it comes to biggest giveaway. The last person sitting in the “hot seat” walked away with $250,000 after correctly guessing three generations of the Huston family had been Oscar winners.

Nine News made it over 1m for both halves. The bulletin won in Sydney but it was a very close race in Melbourne where viewers were introduced to a new set last night.

Tracy Grimshaw returned to A Current Affair with the show on 799,000, ranking #3 in the slot behind Home and Away and ABC News.

Married At First Sight launched with 820,000, which would have been a disappointment, despite the tough competition. The good news is it was better than the 786,000 watching Australia’s Got Talent on the Monday night at the same time last year.

The second night of I’m A Celebrity…Get Me Out Of Here did well with 959,000, up on the 927,000 from this night last year. The arrival of two new celebrities kept things interesting for the viewers, as could the Tuesday tucker challenge tonight. Yum.

The Project 7pm was next best with 771,000, which included Pat Rafter, John Alexander and a live cross to the jungle.

Earlier in the night TEN Eyewitness News First At Five outrated Hot Seat across the hour with 555,000.

The final episode of Back Roads capped off a successful second season with 642,000 at 8pm.