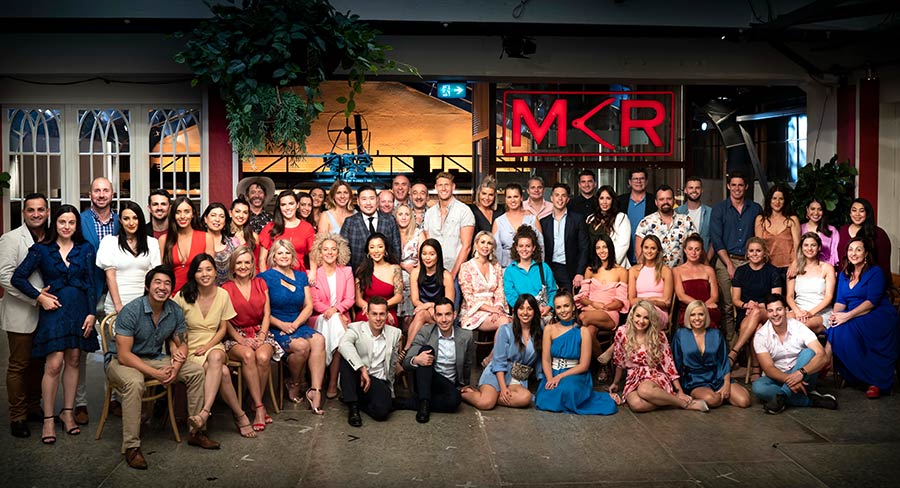 Seven has won the first three nights of Easter week 16. And it has actually won every night – eight of them – since the end of Married At First Sight.

Sunrise pushed above 300,000 with live coverage of the Notre Dame fire. Today lifted over 200,000 with around 550,000 metro watching the two commercial breakfast shows.

The Tuesday episode of My Kitchen Rules offered much for longtime fans of the franchise. The audience of 829,000 was a clear timeslot leader, yet was down on 854,000 a week ago.

Some of MKR’s favourite teams from the past 10 years returned to judge dishes from the five remaining semi-final hopefuls.

Victor & G served underdone chicken to an unimpressed David & Betty, but Josh & Austin impressed with one of the best dishes they’ve ever served in the competition. However it was a triumphant Pat & Bianca who scored the third semi-final place, cooking the dish that brought them together (in a food sense) a classic, simple yet ever popular, carbonara. There is no show tonight, but it returns Easter Sunday with a triple elimination.

Another entertaining episode of The Ultimate Road Trip with Gordon Ramsay and friends followed with 301,000 after 326,000 a week ago.

Bachelor In Paradise performed well with its key demos as #1 16-39 and 18-49 plus a strong leader in all demos for women under 50. The audience of 526,000 narrowly trailed the audiences close to 550,000 for the first two episodes last week.

The premiere of The Recording Studio screened at 8pm with 338,000.

A bit of Easter programming followed with 174,000 watching a repeat of Jesus: Countdown To Calvary.