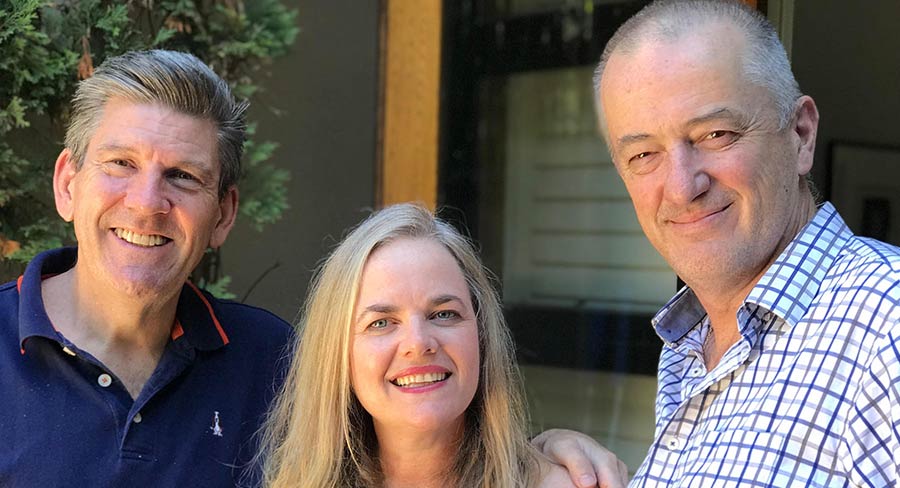 Australian Crime Stories has been a staple on Nine after 60 Minutes on Sunday nights. So far there has only been a total of 16 episodes, but they continue to perform well.

A new series, from by Sydney production company The Full Box, is about to launch, but not on Sundays. Nine has given the series a new slot on Thursday nights.

Australian Crime Stories started life as Tough Nuts on Foxtel for Crime + Investigation. Nine bought the first two seasons and then rebranded it and the third season launches this week on February 21.

“Last year we were talking to Nine’s Hugh Marks and he said, ‘We want more of your stuff’,” recalled The Full Box co-founder Bryan Cockerill about the casual recommission. “Previously we did eight separate criminal biographies in each season. We wanted to broaden the palette this season and look at really interesting crimes – both famous ones and others people may not know about.”

He explained the new season of eight episodes covers everything from rather nasty and dark stories through to crime capers.

Cockerill said he and longtime collaborator Adam Shand got together to make a list of the great stories they had always wanted to tell. “I think we have managed to come up with eight great episodes – every one of them is an absolute corker.”

The Full Box’s other co-founder Gerri Coy reminded Mediaweek they had the pleasure of also working with Shand on their production The Kangaroo Gang for BBC Worldwide (now BBC Studios).

Shand told Mediaweek: “Since we first started Australian Crime Stories the genre has matured. Series three for me is the best of breed – great journalism, great narrative and it doesn’t get hung up on itself in terms of sensationalism or over-dramatising things.”

The first episode in season three of Australian Crime Stories is an investigation into the case of Lucille Butterworth, a 20-year-old Miss Tasmania aspirant who disappeared from a bus stop in 1969.

Police thought Butterworth had run away to the mainland, and it would be weeks before they officially started a murder investigation. Seven years later, Geoffrey Charles Hunt was arrested and questioned over the rape and murder of a 24-year-old woman from Hobart, a crime he would ultimately serve 22 years in prison for. During his questioning, Hunt confessed to killing Lucille Butterworth, but senior police did not take his confession seriously.

In 2016, the Tasmanian Coroner named Hunt as the likely killer, but despite damning evidence the police did not lay charges. Hunt is now walking free as a result.

Shand has previously covered the case in one of his true crime podcasts for PodcastOne.

Without wanting to give away any episode spoilers, Shand did tell us: “It hasn’t come to any resolution yet. The thing about going from the podcast to TV is being able to amplify the things we did in the podcast and to take the story forward.

“I am all about getting cases solved now. I am not happy with just telling the story. I want to take it forward to try and resolve it.”

As to the TV crime wave, Cockerill and Coy said as producers they need to keep an eye on what else is out there.

Cockerill: “The worst case scenario would be to find out you were treading the same ground as someone else with a similar program. You also need to know your own stories very well and being confident no one else is doing a story you have uncovered. A lot of our episodes are either stories no one else had done, or no one has examined from the angle we are covering.”

Shand: “A good example is our forthcoming episode on Kerry Packer’s gold. [Episode two, season three.] In 1995 Kerry’s gold was stolen from his office and it was an unsolved crime.”

Shand and Cockerill together delivered the tagline for the Packer episode: “It’s about loyalty, betrayal and revenge.”

Don’t miss Mediaweek’s The Full Box podcast which look at the TV crime wave. It will be published by PodcastOne on Thursday February 21.