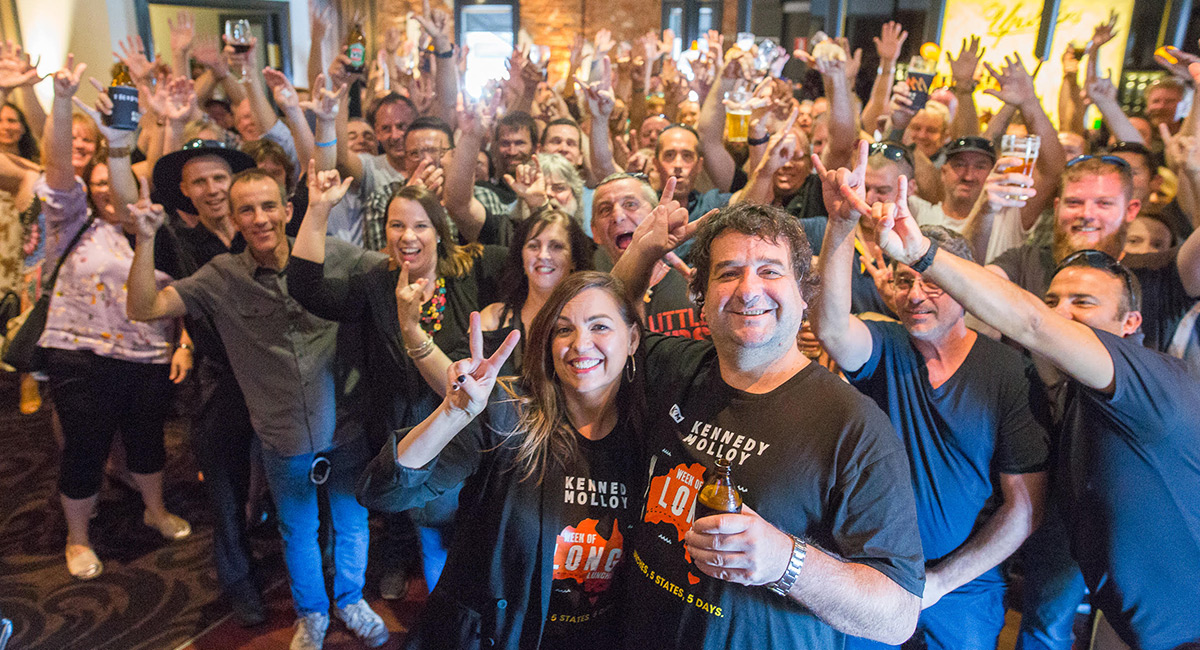 The drive show finishes its week on the road in Perth!.

Day four of The Kennedy Molloy Long Lunch Tour hit Adelaide. The program has been showcasing the respective Triple M breakfast shows in each market and at this stop Roo and Ditts were the local Triple M heroes.

In fact the Adelaide Long Lunch was held at Adelaide’s Alma Tavern owned by Roo – Mark Ricciuto. Mick said he knew it was Roo’s hotel because there are photos of him all over the place.

The Q&A with listeners in Adelaide got a little awkward. With a first question about anchor Dangerous Dave, Mick told the guest to f@#% off. “I do apologise for that,” said Jane Kennedy.

Then later when Mick indicated he would be prepared to take off his Long Lunch T-shirt, Jane noted she would not be. The audience turned and started booing!

Highlight of the show off course was when Dangerous Dave read a sentence from Thursday’s Mediaweek Morning Report on air.

The drive show finishes its week on the road Friday night at Perth’s Wembley Hotel.