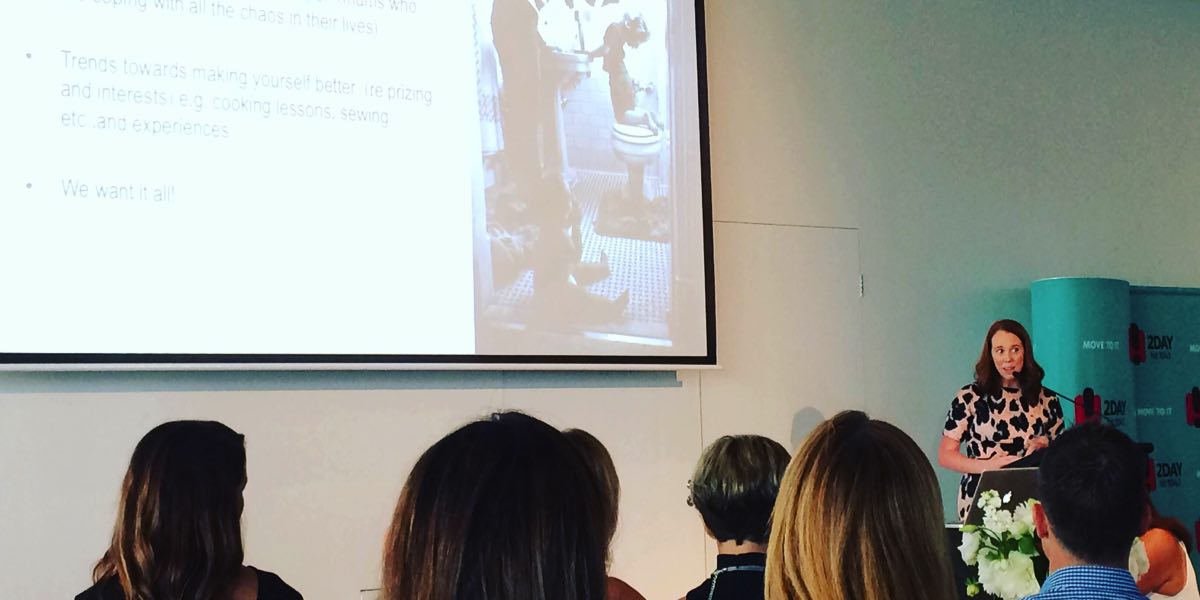 The programming on the Hit Network will now be primarily female-focused. The first step in this strategy was taken towards the end of last year with the rollout of RnB Fridays and Old School.

“The Hit Network has always had a bigger female listener base than men, but the programming was 50-50,” Hit Network content director Gemma Fordham told Mediaweek at a breakfast hosted by parent company Southern Cross Austereo.

During the breakfast held at the Museum of Contemporary Arts, three speakers, including Fordham, discussed what attracts women in different stages of their lives to brands, how advertisers can speak to women more effectively, and how Hit Network is putting women first.

Speaker and advertising consultant Amanda Stevens presented key points from her research on the market spanning over 20 years. Stevens split women into four categories according to their age and where they would typically be at a particular stage in their life.

While each group has its own complexities, the one thing that stays consistent is that women connect to brands that empathise with where they are in their lives. Another thing that appeals to them is the authenticity of a brand. Once women pass the Young and Free stage of their lives, they start planning for the future rather than living in today. By the time a woman hits the Mrs Multi Tasker stage, the shopping decisions become about if “we” as a family can afford something rather than if “I” can afford something.

Following the initial stage in women’s lives they rely heavily on their inner circle to make their purchasing decisions. Therefore, when clients are advertising to women they have to keep in mind that they are not only advertising to the woman who is listening to the ad but also her friends as well.

“Women make 80-85% of the consumer decisions in Australia,” Stevens stated, showing the power of the market.

The key to successfully passing a brand message across to women is ensuring the campaign is conversational, giving it an unscripted feeling, and keeping it authentic, said Eardrum founder and creative director Ralph Van Dijk.

After Stevens’ presentation, Van Dijk presented his thoughts on how use audio to make a brand appealing to women.

A conversational tone is preferred over a stereotypically happy-go-lucky tone or a strict voiceover dictating a brand’s message. If women can relate to what they hear they are more likely to remember the brand and talk about it with their friends and family, Van Dijk said. Gemma Fordham then took to the stage to talk about how the programming on the Hit Network is connecting to women.

She said that the network will use its content and talents to create a bond of trust between the station and its listeners. She said this will be the key to keeping listeners coming back to its stations around the country.

“The easiest way to understand this is by thinking about your best friends,” Fordham said. “You didn’t just become best friends because they invited to you one party.”

The bond is formed over a period of time. Likewise, the shows, music, and the talents on SCA will come together to produce content that connects with women.

The three pillars to forming the trust relationship between the listeners and the Hit Network stations are music, storytelling and humour.

Fordham used Hamish and Andy‘s Parent Fantasy Hotline video as an example of this. She said that video was the full package and incorporated all the three pillars and, Fordham said, “It cost nothing to make, and had over six million views on Facebook.”

Fordham recognised the importance of connecting with listeners beyond radio via social, website, and live events.