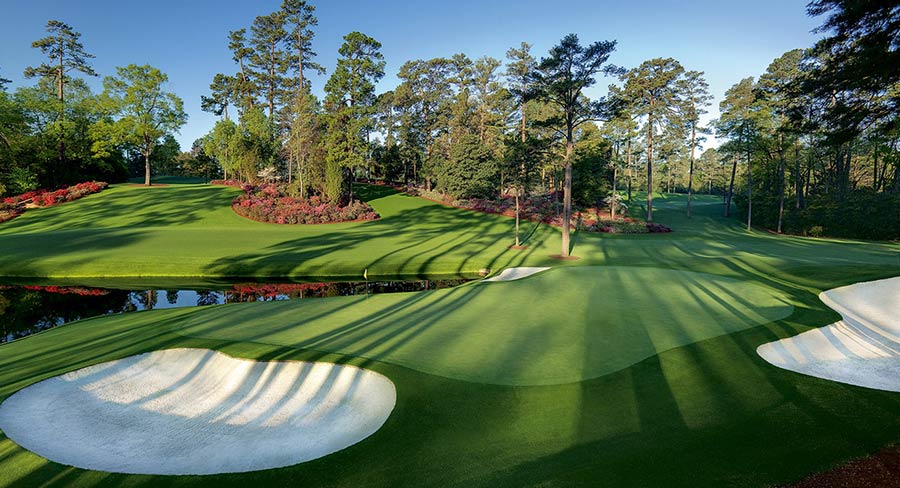 The third round of the AFL was played from Thursday to Sunday and Seven’s week 14 ratings were up for the Thursday and Saturday clashes.

The Thursday clash featured Geelong winning away against the Adelaide Crows with a metro TV audience of 675,000. That was up week-on-week from 635,000.

The much-hyped Friday clash featured the then winless Melbourne and Essendon. While the quality of the game lived up to the hype, the audience was down week-on-week from 631,000 to 603,000.

The Saturday night FTA games featured a grand final rematch between West Coast and Collingwood for most markets, while viewers in Adelaide and Perth saw the Brisbane v Port Adelaide match. Seven’s combined Saturday evening audience was up to 611,000 from 555,000 the week prior. While the audience for Nine’s Thursday night clash between the Broncos and Roosters was down (from 486,000 to 443,000) the broadcaster was able to report year-on-year growth for its Thursday night football. Broadcasters focus on US Masters from Augusta starting Friday

The Nine Network and Foxtel/Kayo share the rights for coverage of the US Masters from Augusta starting in the early hours Friday Australian time.

Both broadcasters will also preview the event and show highlights from the Par 3 Competition on Thursday Australian time.

Nine’s Wide World of Sports will be at the Augusta National from April 11 to 15, with coverage live on 9Gem and 9Now.

Nine sports reporter Neil Breen will provide round-the-clock coverage from Augusta National on Nine News, Today, Sports Sunday and the Wide World of Sports digital and mobile platforms. For commentary Nine will be taking the US feed from ESPN for rounds one and two, then CBS for rounds three and four.

Nine’s director of sport Tom Malone said golf fans will be in the box seat to watch one of the best Masters fields in history.

“Viewers will be spoilt for choice with five different channels to choose between on 9Gem and 9Now,” he said.

Coverage will commence on Thursday, April 11, with the traditional Par 3 Competition, with wives and girlfriends, children and grandchildren all happily caddying in a family affair for the US Masters players.

Foxtel meanwhile will be offering viewers on Fox Sports coverage in 4K. People streaming via Kayo will have the option of three alternative camera angels.

Foxtel will provide what it is claiming the most comprehensive coverage of The Masters with exclusive vision of Amen Corner holes 11, 12 and 13 in 4K Ultra HD on Foxtel 4K (Channel 444) for the first time.

Fox Sports 505 meanwhile is now live as a dedicated 24-hour golf channel providing an immersive destination for fans ahead of the live and ad-break free coverage of all four competition rounds, with coverage starting from 5am Friday, April 12 (AEST).

Foxtel 4K will present coverage of Amen Corner, starting with the first round on Friday, April 12 from 12.45am to 8.00am. The Amen Corner cameras will follow every group as they play these three holes.

Fox Sports’ own golf expert and former professional Paul Gow will be on the ground to provide daily news reports from the event for Fox Sports News.

Multi-sport streaming service Kayo will have every round live and anytime. Kayo will also have three bonus cameras for every round, providing more ways to watch.

Kayo will have live daily coverage of the prestigious tournament plus a pre-round show called On The Range, featuring practice, analysis and interviews.

The bonus cameras will be offered on Kayo’s feature SplitView, which enables fans the ability to watch up to four different videos, games or shows on web, tablet devices and selected TVs – and two videos simultaneously on mobile, all on the one screen.

A dedicated carousel will be teed up on the Kayo home page from today and will feature a range of documentaries and shows including a mix of Masters Official Films across four decades. Included in the line-up is Aussie Greg Norman’s epic Masters loss in 1996, Tiger Woods’ first win in 1997 and most recent win in 2005, plus Adam Scott’s first ever Green Jacket win for Australia in 2013.

In addition to The Masters, Kayo will stream all the remaining majors – the US Open, The Open Championship and the PGA Championships. Kayo subscribers will also get to watch the USPGA Tour including the Fedex Cup, European PGA Tour, PGA Tour Champions, ELPGA, Women’s British Open, USLPGA, plus many other events on the 2019 golf calendar, including a host of Amateur Championships.