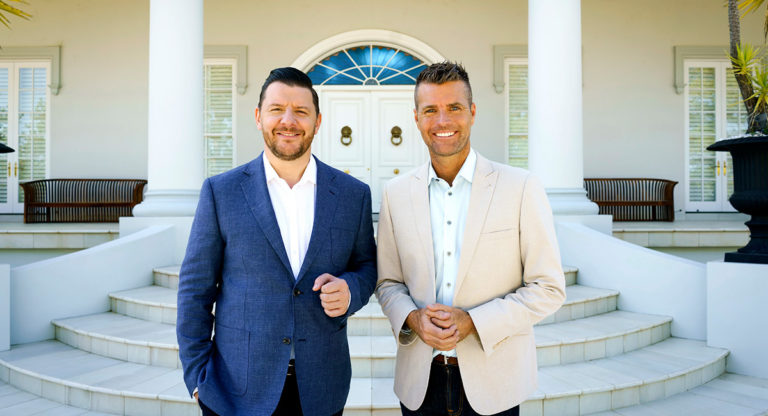 Producing My Kitchen Rules is a job that goes on all year round. The ninth season of the show premiered on Seven this week and, as usual, it has dominated the overnight ratings every time an episode has been put to air.

The executive producer of Seven’s Australian format, Joe Herdman, currently spends much of his time in the editing suite packaging upcoming episodes. As soon as that finishes, he will be on to casting, filming and producing the next series. “We start shooting the back stories from June/July,” he told Mediaweek. “The show takes a while to cast, because we cast the net pretty wide, year in and out. That’s the key to our success.” Diversity is an integral part of the show. It is reflective of the Australian population, which makes the show and the participants on it so relatable to the viewers. “We are thankful to our cast members every year,” Herdman said.

Season nine of My Kitchen Rules premiered on the same night as Nine’s Married At First Sight on January 29. The former had an overnight audience of 1.182 million and was the #1 program for the night.

In 2017, My Kitchen Rules went up against the extended format of Married At First Sight for the first time. The former continued to attract good numbers despite some tough competition from the reality-dating format.

Following on from last year’s experience with the competition from Nine’s reality dating show, Mediaweek asked Herdman if he had taken any conscious moves to ensure that MKR stays the clear leader in the timeslot this year. He said: “What the other networks do isn’t necessarily our concern. We are concerned with delivering the best show that we can. Format evolution is a necessity with any show. We have done it every year since My Kitchen Rules began.” Contestants from 2018 season of My Kitchen Rules

Rivalry is stronger and opinions of the contestants will matter more this season than ever before. Herdman was careful not to give away too many details about what format changes the viewers can expect this season.

The show typically tends to run from late January to the end of April or early May. This season is expected to follow the same schedule. The time of the year the show is put to air plays a large role in its success locally, Herdman said.

“We have a loyal fan base so the consistency of the rollout of the tennis and MKR is very important. However, shows can move around. The Block has been previously on in our timeslot, and then was moved to start later in the year. It’s not the end of the world if My Kitchen Rules moved to later in the year. But for us and our viewers, it’s great that Seven starts the year with a bang.”

Since its inception in 2010, every season of My Kitchen Rules has started straight after the Australian Open. Seven uses the tennis grand slam tournament to promote show heavily. In a post-match interview with Daria Gavrilova at the Australian Open this year, Seven’s Basil Zempilas plugged My Kitchen Rules telling Gavrilova, who is an Australian tennis player of Russian descent, that there was going to be a Russian duo on the show. She laughed and said: “They didn’t look so Russian. I feel like they are faking their accents too.” The comment got a loud reaction from the spectators at the Rod Laver arena on the day.

However, Gavrilova was quick to follow up by saying: “I do want to go to My Kitchen Rules one day. If there is anyone here, can you please invite me?”

Asked about the chances of having her on MKR, Herdman laughed and said: “It’s great for her to say that she loved our show.

“I doubt she will be on the show next year. She would probably be very busy playing some high-profile tennis matches.”