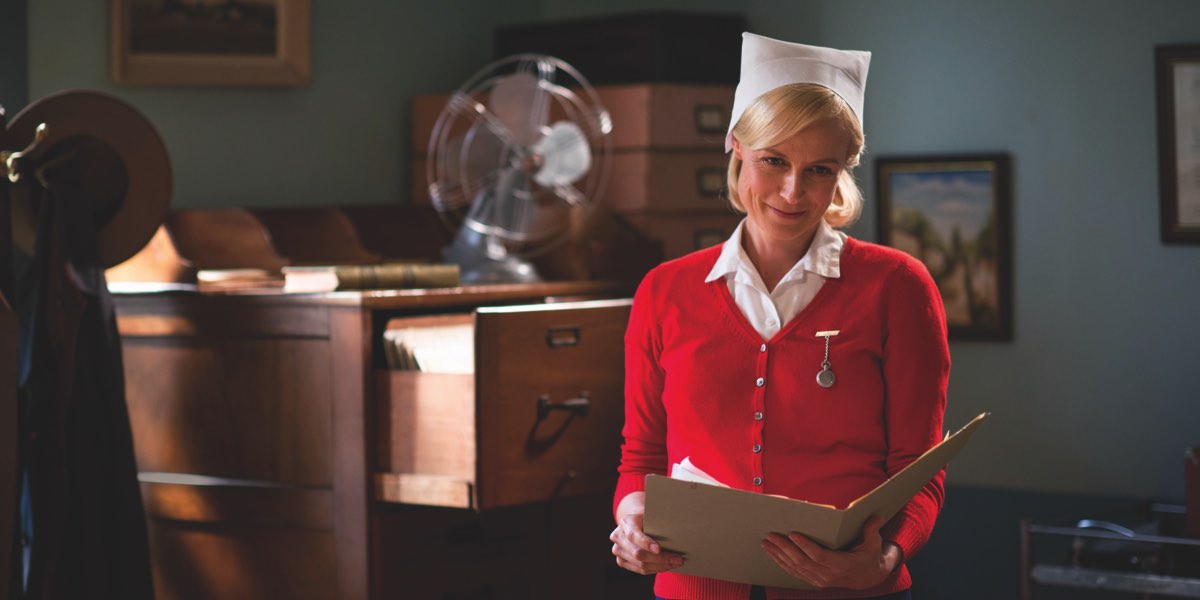 Andrew Mercado: Given I find it almost impossible to pick a favourite Seven drama this year what with Catching Milat, Peter Allen: Not The Boy Next Door and 800 Words, can you? Julie McGauran: I am actually exceptionally proud of every single drama we’ve had on in 2015. We’ve had a lot of diversity in genre this year but at the heart of every one of our shows is great storytelling through beautiful scripting, wonderful performances and the best production teams in the business.

800 Words was a smash hit and is now Australia’s number one drama – but it’s actually a co-production with New Zealand. Will its success lead to more joint series between the two countries?

Like any good drama it starts with the best idea and wherever that comes from is where we start our dramas. The ratings were a wonderful reward for the intense production work that went into the show. It has been a fantastic collaboration with South Pacific Pictures – James Griffin and Maxine Fleming created a gorgeous show and that attracted a fabulous cast. Erik Thomson is in his element, he’s been exceptional to work with – as always.

Do you deliberately film it in summer to make the beautiful North Island location look that beautiful?

Piha is always beautiful. The scenery is second to none and another reason why audiences have really enjoyed the show. It’s been a great combination of identifiable family characters surrounded by brilliantly quirky ones – and aren’t we all a bit quirky in our own way – and the cinematography and passion from the team were extraordinary. I think you really see that on the screen.

Is Rick Donald the TV find of the year after his incredible turns in both 800 Words and A Place To Call Home?

Rick has certainly had a wonderful year. He is such a diverse actor, from the lovable surfie Woody in 800 Words to the charming but roguish Lloyd in APTCH. Rick has a fantastic connection with the camera.

A Place To Call Home has moved into a whole new league since its move to Foxtel and is now hurtling towards its shocking series finale on SoHo – how much did its series three “bible” alter after the move to Foxtel?

Everyone at Seven loved APTCH and when Foxtel told us they loved the show as much as we did, together we were able to engineer a great outcome for everyone, especially the fans. It was very handy that Bevan Lee, the show’s creator, had already mapped out a lot of the story foundation for series three so we had a really solid starting point. From there we worked with the writing team and Foxtel, particularly Penny Win and Brian Walsh, who had very similar views about where we wanted to take show so as a collaboration it was a fantastic experience.

It’s a lot raunchier now with sexier stories, nudity and also characters smoking cigarettes as lots of people did in the 1950s. What exactly are the rules showing smoking on free-to-air dramas given how much is allowed on cable?

There are no differences in the rules. Historically correct actions can always be put into shows but Foxtel wanted to evolve the show and put its own stamp on it. The cast is also very passionate about the show and we talk to them all the time about their characters and journeys and very much they collaborate with us to ensure that they know where they’re going. Their input is invaluable.

By commissioning two seasons at once, APTCH can end with a cliffhanger ending because they know they are coming back – wouldn’t it be nice if all series could get two series commitments?

When we go into production on a show it’s our job to do everything we can to ensure the audience will want another series.

Speaking of cliffhangers, Home and Away is promising one this summer that has never been done before.

The Home and Away audience does love a great cliffhanger and this year’s finale is no exception…I absolutely love it. Going into 2016, it will make for a very different way of storytelling.

Home and Away farewelled one of its most popular characters this year. Given Stephen Peacocke is now filming Wanted with Rebecca Gibney for you, what’s his status on Summer Bay? Will TV Week get yet another chance to put Brax on their cover?

Yes. And that’s all I’m going to say! Watch and see.

The special Home and Away event An Eye For An Eye premieres on Presto this summer – is it a stand-alone story or does it run in conjunction with the series?

It is linked to the end of year cliffhanger, but beyond that it stands on its own and sits perfectly in summer for Home and Away fans.

An Eye For An Eye was shot in 4K – is this an experiment to see how it works?

The production team on Home and Away loves new technology. The results speak for themselves…the pictures are truly stunning, it looks beautiful.

After her incredible performance as Judy Garland in the Peter Allen miniseries, Sigrid Thornton has now been cast in series four of Wentworth. Is this the comeback of the year?

Absolutely. Sigrid is a hardworking and instinctive actor. She deserves every success. Her understanding of dialogue and characterisation of roles makes her an exceptional person to work with. After seeing her audition tape for Judy Garland, we were too scared NOT to cast her! Sigrid was formidable in that role and the calibre of that ensemble was second to none.

Image: Marta Dusseldorp in A Place To Call Home