SBS has made changes to the way it uses its available television spectrum, utilising MPEG 4 technology to allow it to launch a new HD channel, while also making upgrades to its existing SBS HD channel.

Noel Leslie, SBS Chief Technology Officer, said: “At SBS, we want to give audiences the best viewing experience possible. Whether that’s watching the best international football and cycling events like the Premier League and the Paris Roubaix, fantastic dramas like The Night Manager or high quality documentaries like Testing Teachers, viewers can continue to watch our main channel SBS, and now SBS Viceland, in high definition glory.

“We have a continued focus on innovation in how we deliver our channels and platforms to audiences, and we are delighted to be the first free-to-air broadcaster in Australia to offer two HD channels, nationwide. By leveraging new compression capabilities we are able to get more from our spectrum and deliver better services to our audiences.”

The changes mean that Australians will also be able to watch SBS’s coverage of the upcoming Hyundai A-League finals starting Friday April 21 in HD.

As a part of the changes that SBS has made, it also recently launched its 24/7 Arabic language radio channel, SBS Arabic24, on digital TV. Listeners can now hear SBS Arabic24 on DTV channel 36. 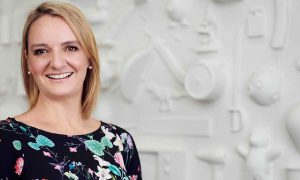