Despite the distraction of the Census last night, Seven continued to serve up big audiences for its Olympic sponsors with 1.18m watching after 7pm.

Seven is reporting big digital audiences too with an update this morning that after four days it has delivered a total of 10.1m streams across the first four days of the Rio Games. 3.2m of those were on day four. Perhaps people could not complete the Census online because of the 7Olympics app traffic!

Sunrise got a good bump yesterday with coverage of an Olympic gold medal win after 8am. The average audience between 7am and 9am was 473,000, well ahead of Today on 297,000.

Seven News started with 1.39m, but the 6.30pm number is only 998,000 because there was no second half news (Today Tonight) in Adelaide and Perth. 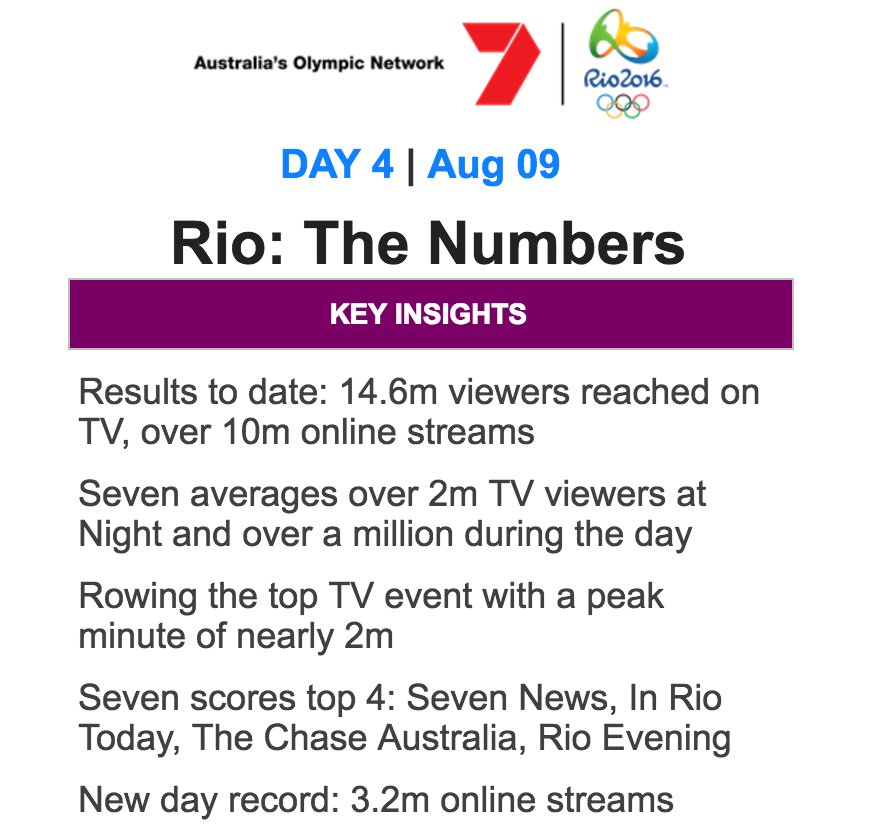 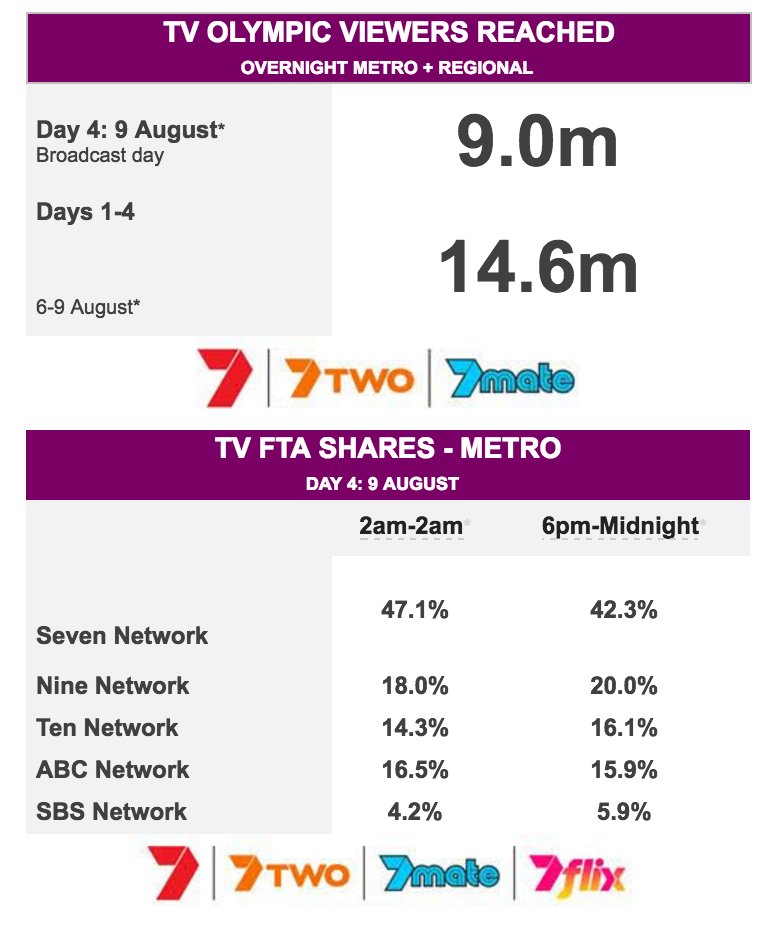 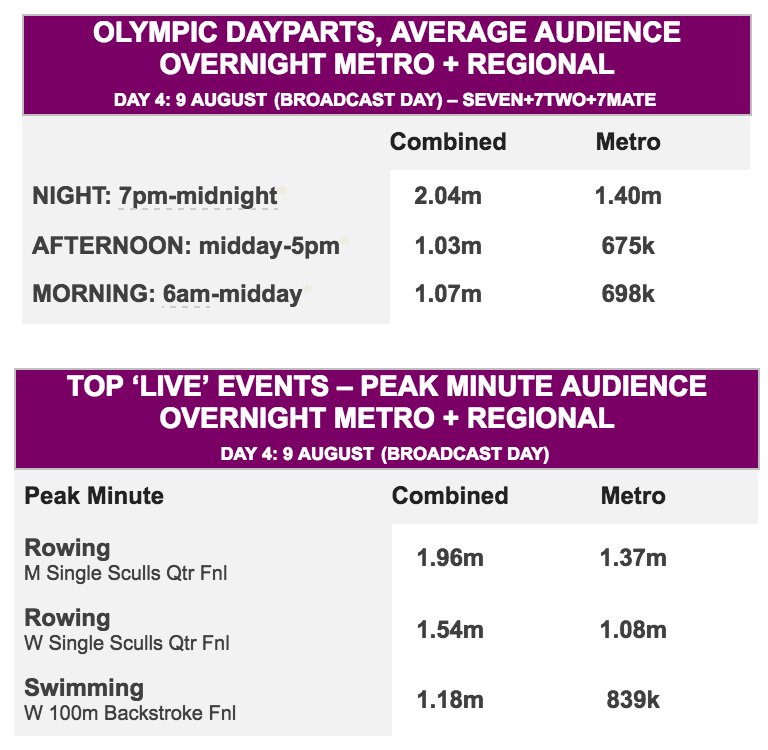 ARN announces the launch of the iHeartPodcast Network Australia