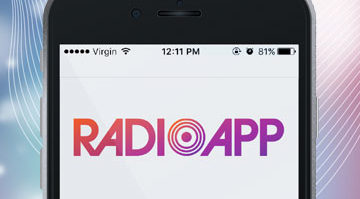 RadioApp will launch in late November

The commercial radio industry will join forces with the ABC and SBS to launch the first Australian mobile app that will allow listeners to live stream more than 250 Australian radio stations.

Industry body Commercial Radio Australia announced the new RadioApp at the National Radio Conference in Melbourne, as part of a strategy to make listening on tablets, smartphones and computers much easier.

“Listening habits are evolving and RadioApp will ensure radio remains easily accessible no matter what platform or device our listeners choose to use,” said CRA chief executive officer Joan Warner.

“While radio station and network specific apps exist, this will put live and local Australian radio stations into one easy-to-access app, so listeners can see what’s playing on air and tune in wherever they are.”

RadioApp will launch in late November and will include the following features:

• Listen live to Australian commercial, ABC and SBS radio stations, covering music, live sports, talk and news
• Search to find radio stations by genre, name and location
• Geo-location technology will recommend local stations by default
• Wake up to and doze off to your nominated station with a built-in alarm clock and sleep-timer
• View “just played” music playlists and purchase songs from the playlist.

Warner said more features would be built in to the app in future stages, including the ability to subscribe to podcasts, social media integration and alerts for emergency services warnings.

“We operate in a highly competitive industry, so it’s great to have strong collaboration across both commercial and public broadcasters on a platform that will serve up live Australian content to radio listeners everywhere,” she said.