• Dramas at My Kitchen Rules and in Summer Bay drive 1.6m video views

PLUS7 has recorded its biggest week ever with more than 34 million minutes – the equivalent of over 64 years – watched last week as audiences viewed their favourite shows on demand.

Tuesday 16 February was the single day with the most streams, as Home and Away fans eagerly watched Ricky and Brax’s highly anticipated reunion. Also helping to contribute to PLUS7’s most watched week of 2016 were dramas around the dining table on My Kitchen Rules, with over 1.6 million total video starts viewed across four huge streaming nights.

TV viewers continue to turn to PLUS7 for Seven favourites including two new hit miniseries Molly andWanted, as well as the new reality TV show, First Dates. PLUS7 had nine of the top 10 performing shows according to the new OzTAM VPM report. Already in 2016, PLUS7 has seen a 25% growth in streams and a 74% increase in total minutes watched, year on year.

Cora Spear, head of TV and global content at Yahoo7, said, “There are certain shows which capture Australia’s attention as the watercooler conversation of choice. My Kitchen Rules and Home and Away are definitely standout programs that people don’t want to miss watching – or talking about the next day. PLUS7 remains Australia’s number one on-demand TV platform for a reason, as Australians are hungry to keep up with all of the latest dramas on their favourite TV shows, at a time that suits them.” 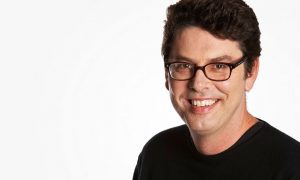