Twitter has brought Periscope broadcasts — both live and replays — directly into Tweets, starting now with iOS app, with plans to roll out the integration for Android and the web.

The integration will include:

•  From today, both live and replay Periscope broadcasts will autoplay within the Twitter timeline
•  When users tap the video, it will go full-screen and show Periscope comments and hearts from other viewers
•  Viewers and users won’t need the Periscope app or even a Periscope account to view the streams 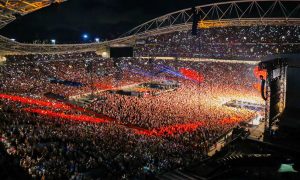