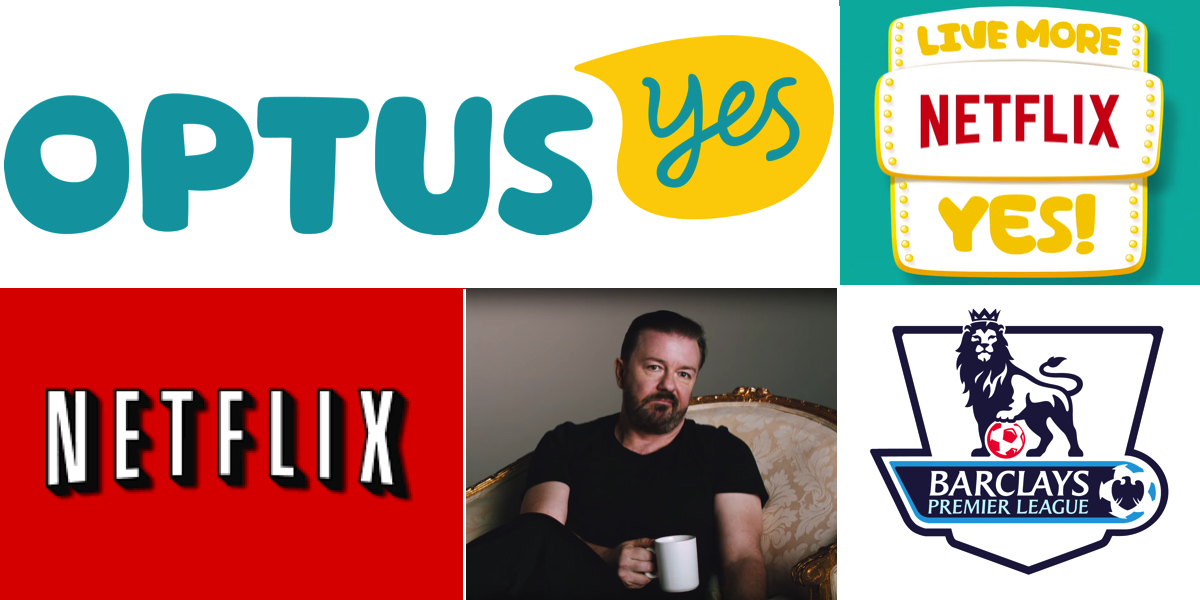 Optus has has boosted its media profile significantly in recently, securing the rights for the English Premier League

Traditional rights owners to popular content continue to be under siege from people looking to secure their customer base. That is what happened yesterday when Optus revealed it had secured all broadcast rights for the Barclays English Premier League.

Optus hasn’t traditionally been a regular on the Mediaweek radar until recent times. Optus has boosted its media profile significantly with smart sponsorship deals including being a partner on the two Nova Red Room Global Tours and a number of iHeartRadio events.

This year Optus has linked with Netflix to give Optus customers an extended taste of the world’s hottest new media platform. They have also dropped a considerable amount of cash this year on the Ricky Gervais ads that Emotive has produced for the telco.

Just last month Optus announced the first of two recent sport deals when it signed with Cricket Australia as its official mobile multimedia partner. That deal will kick in big time this week when Optus customers can watch the first test via a free Cricket Australia Live Pass for their mobile phone, tablet or laptop.

The most disruptive announcement however was dropped yesterday when the telco revealed it has grabbed exclusive Australian broadcast and digital rights for broadband and mobile for all 380 annual games of the Barclays Premier League (EPL) for three seasons commencing from August 2016.

Just last Saturday was a stark reminder of how much of an audience magnet the EPL is. The marquee game between Liverpool and Chelsea had an average audience of 78,000 after its 11.30pm start which made it the most-watched program on Foxtel on Saturday.

As of the start of the 2016/2017 season fans of the best British football will possibly be able to watch those games free of charge on connected devices or via Fetch TV if they subscribe to an Optus service.

Many sports fans have already been attracted to Optus for their unlimited download plans that start under $100 and include home phone, Optus TV with Fetch and six months of Netflix. This new EPL deal could well push a lot more into signing on.