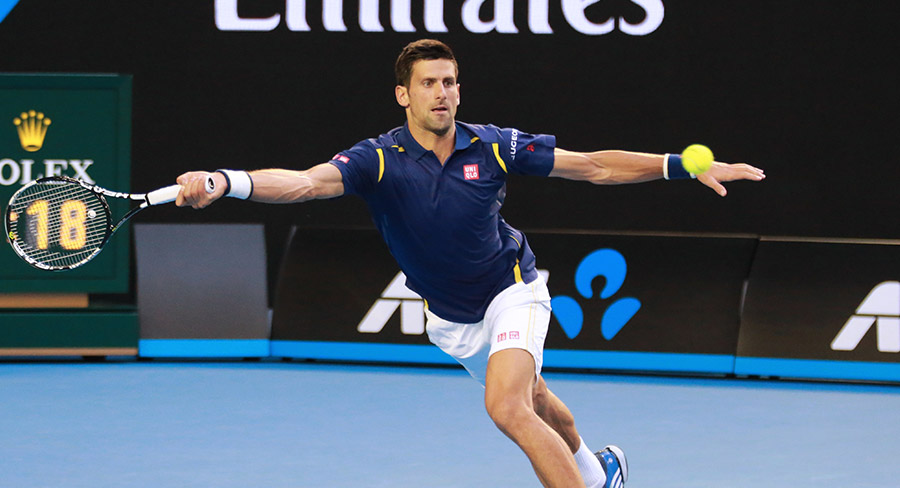 ‘There would also be a chance for us to have a look at what happens when you don’t have a summer sport.’

• Nine interested in summer without sport: “Has anyone tested it?”
• New-look State Of Origin series, investing in Suncorp Super Netball

With Nine’s tennis rights not kicking in until January 1, 2020 – which sounds and is a long way off – Mediaweek asked Nine director of sport Tom Malone if he had discussions with Seven about acquiring the rights to the 2019 Australian Open and associated tennis properties. Such a deal would give Seven back some cash and allow them to focus on cricket.

“Not directly,” he replied. “Seven has said it is keen to hang onto both. That is a decision for Seven to make.”

As to interest at Nine in a deal, Malone added: “There is an opportunity there for Nine to take tennis a year early if the price is right. We wouldn’t be able to go much later than this month to decide on that because there is a whole lot of work to do on production and commercialisation.” He noted if there was no tennis deal for Nine early, there would be a financial win for the network in the financial year 2018/19.

“There would also be a chance for us to have a look at what happens when you don’t have a summer sport.

“The considered paradigm is you need a summer sport. Has anyone tested it? What does happen? Married At First Sight is the hit show and will be again in February. If we don’t have a summer sport we will probably go and spend some of that money on marketing off network.

“Either way it is a win. We either get the tennis a year early at the right price, or we have a chance to do something different for a year.”

Nine is ready to work with Tennis Australia on lifting the profile of Davis Cup and Federation Cup matches involving Australia, with Nine discussing potential scheduling improvement where possible.

Malone is also keen to lift the pre-Open audience numbers each January. “We are excited about the impact of what we can do in Sydney, Brisbane and Perth to lift the profile of tennis earlier in the summer. When it comes time for the Australian Open, audiences are ready.”

Despite it being way too early to talk about tennis broadcasters, we asked if James Bracey will be involved at the Australian Open. Malone replied he hoped so: “James is a great broadcaster across our rugby league properties and we are also conscious of having a strong Melbourne influence as well. It is a great Melbourne event and should be well represented. We also want to make sure we have the best commentators, experts and analysis internationally. A key pillar of Wide World of Sports is it offers the best seat in the house. Part of that comes through the commentary team – we try to have the best experts for any sport.”

Still to come for Nine this year is rugby league State of Origin. “There is no sporting franchise like it,” said Malone. “Three nights: this year we go Wednesday in Melbourne, a stand-alone Sunday in Sydney and then we go a Wednesday in Brisbane. That is the new setup for the next five years.”

While noting rugby league is getting bigger and bigger for Nine each year when factoring in the new digital audiences, he noted the traditional TV audience was flat.

“Overall rugby league is down 5% – Sydney is steady and Brisbane is down a bit perhaps because of how the Broncos are travelling. You will find that the AFL on Seven in Melbourne is down about 12%. It is not just rugby league that is down.

“We continue to build 9Now and we are seeing huge numbers on wideworldofsports.com.au. We have had to reset the targets twice in the past six months because they are growing so fast.”

Nine is into its second year as a partner with Netball Australia in the new domestic league Suncorp Super Netball. Malone explained: “We go to market together and sell a joint broadcast and sponsorship proposition. What we have been able to do is grow not only the ratings but the revenue too.

“Last year we were playing two games on Saturday and Sunday afternoons. The season has moved from a February start to an April start that is more in line with when the 1.2m participants are playing around Australia.

Malone explained netball is a 14-week season with four weeks of finals. “There is an international component as well. There is a quad series that involves England, South Africa, Australia and New Zealand. There is also the Constellation Cup with New Zealand with four matches over three weeks and then there is another quad series in January in the UK. Next year there is also the Netball World Cup.”