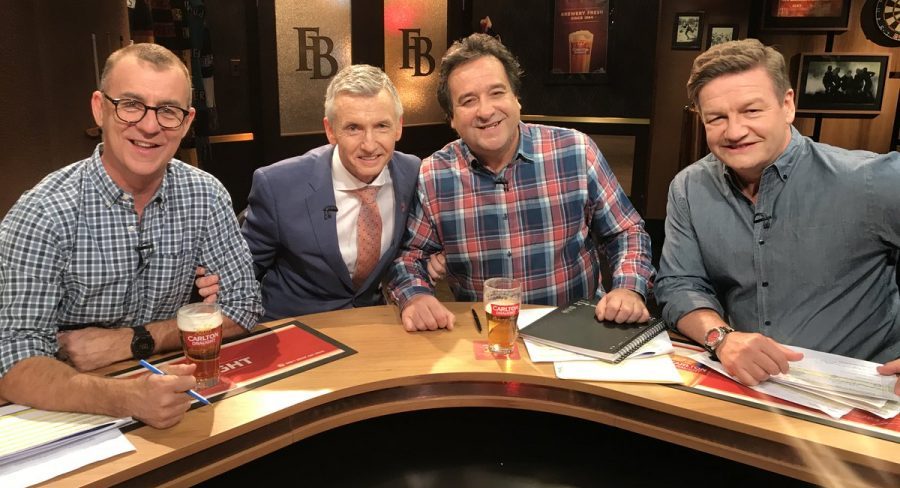 The remaining Mediaweek Industry Awards winners, which we shall reveal this and next week, were not the subject of any nominations.

Mediaweek readers could pick from any commentator in any medium in this category.

While there are many worthy placegetters who didn’t make the top three, we think our readers chose very well. The sports broadcasting veteran has long been associated with Seven’s AFL coverage every winter. Yet Bruce McAvaney is also linked with Seven’s Olympic coverage and until 2017 its coverage of the Australian Open Tennis. He is also a leader of Seven’s coverage of thoroughbred racing, although Seven no longer has the rights to the Melbourne Cup.

Most recently McAvaney has been given a spot on Seven’s Test Cricket team, hosting interviews during the lunch break.

His first interviews took place during the Melbourne Boxing Day test where his guests included Ricky Ponting and Dennis Lillee. Not all viewers greeted McAvaney as warmly as Mediaweek readers have, with some commenting it was strange to see him covering cricket.

McAvaney faced a health challenge for several years after revealing he had leukaemia. After a short break he continued working and his current target it to be with Seven for the 2020 Olympics in Tokyo. It has been a milestone year for the sports broadcaster. Near the end of 2017 Gerard Whateley revealed he was quitting the ABC to work for SEN 1116, the Melbourne commercial radio sports broadcaster taken over by Craig Hutchinson’s Crocmedia.

Whateley subsequently worked as SEN’s morning announcer from 9am until midday four days a week (Mon-Thu) during 2018 as well as hosting AFL football coverage across the weekend.

He also kept up his TV commitments, co-hosting AFL 360 on Fox Footy with Mark Robinson in addition to taking on the co-hosting role on Fox Cricket’s new Cricket 360.

As part of his new radio contract, Whateley also got to broadcast cricket from South Africa and a Super Bowl from the USA. He also famously got involved in a feud with former Australian cricket captain Michael Clarke late in the year about the state of Australian cricket and its future direction. Andrew Voss is a key commentator for Fox League and has over 30 years of experience in the media industry, 27 of those as a rugby league commentator. Now with Fox League, he spent many years with the Nine Network and also radio 2UE.

While 2019 will be his 28th year as a rugby league commentator, in his 30 years in the media Voss has also covered Summer and Winter Olympic Games, Commonwealth Games, major tennis and golf events, World Cups and championships.

He is also a columnist for the British rugby league magazine League Weekly.

His book, Stuff You May Have Missed: A unique look at rugby league, was published in 2017.