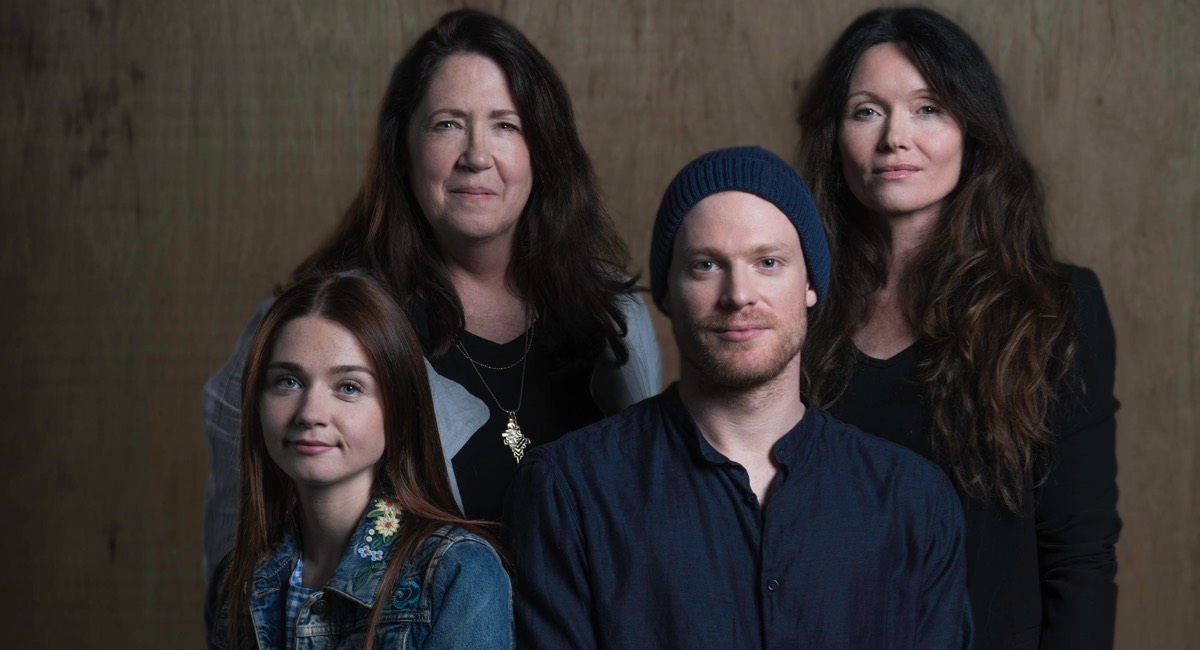 The show, which is based on a book by Marele Day, will premiere in 2019.

Foxtel has announced its next landmark event drama series commission, Lambs Of God, which will premiere in 2019.

Lambs of God is a dark, gothic tale about three nuns, each a generation apart, living in an isolated convent by the coast, and an unwelcome visitor who enters their lives and changes their world forever. It has commenced production at Fox Studios Australia.

The nuns, who live in solitude from the rest of the world on a remote and rugged island, have their lives turned upside down when an ambitious young priest, Father Ignatius, accidentally stumbles across the three sisters as he arrives on a mission from the church.

Based on the Australian novel “Lambs of God” by Marele Day, the twisted and macabre tale will be brought to life on screen by an international all-star cast, led by Emmy Award-winning actress Ann Dowd (The Handmaids Tale, The Leftovers).

She will be joined by Australian stage and screen star Essie Davis (Game of Thrones, The Slap, Miss Fisher’s Murder Mysteries, Babadook, and the upcoming The True History of The Kelly Gang), and UK actress Jessica Barden (The End Of The F*****World, The Lobster) who, as the three Sisters of St Agnes, must defend their lives, existence and beliefs when the handsome priest, played by actor Sam Reid (The Railway Main, Belle, Anonymous) attempts to sell their dilapidated monastery.

Foxtel head of drama Penny Win said: “Lambs of God is a lush, evocative drama that is both ancient and incredibly modern, with its timeless message of resilience, and the power of storytelling as a redemptive force.

“Marele Day’s unique novel stayed with me long after I’d finished reading it, and screenwriter Sarah Lambert has taken the story and enriched it in ways that are fresh and engaging. At every creative level, the talent attached to this project is world-class, and we are very proud to be working with Lingo Pictures to bring to life this truly unique series.”

Lingo Pictures producer Jason Stephens said: “There are few stories as original as Lambs of God. Pitched to Foxtel as ‘Feral nuns in a monastery’, this is a once in a lifetime opportunity to deliver something that is truly different to any other drama produced before in Australia.

“Lambs of God is already generating an enormous buzz thanks to its compelling script and the prestigious cast and crew that it has attracted. It’s a joy to work with Foxtel and have their unwavering support as we start to roll cameras on this moving, thrilling and often darkly humorous tale.”

Sky Vision scripted acquisition manager Moreyba Bidessie said: “Lambs of God is such a unique and distinct story, and with Lingo Pictures and Foxtel at the helm, will be beautifully realised. We are delighted to be representing the show internationally.

“We feel that with the incredible lineup of international cast – alongside the top notch creative team – it will have huge appeal to many markets around the world.”

Cinematographer and Academy Award-nominee Don McAlpine (Moulin Rouge, Romeo and Juliet, X Men Origins: Wolverine, The Dressmaker) will make his first foray into television drama as director of photography, with the series filmed on locations across Sydney, the Blue Mountains, the NSW South Coast and Tasmania.

The series will be distributed internationally by Sky Vision.