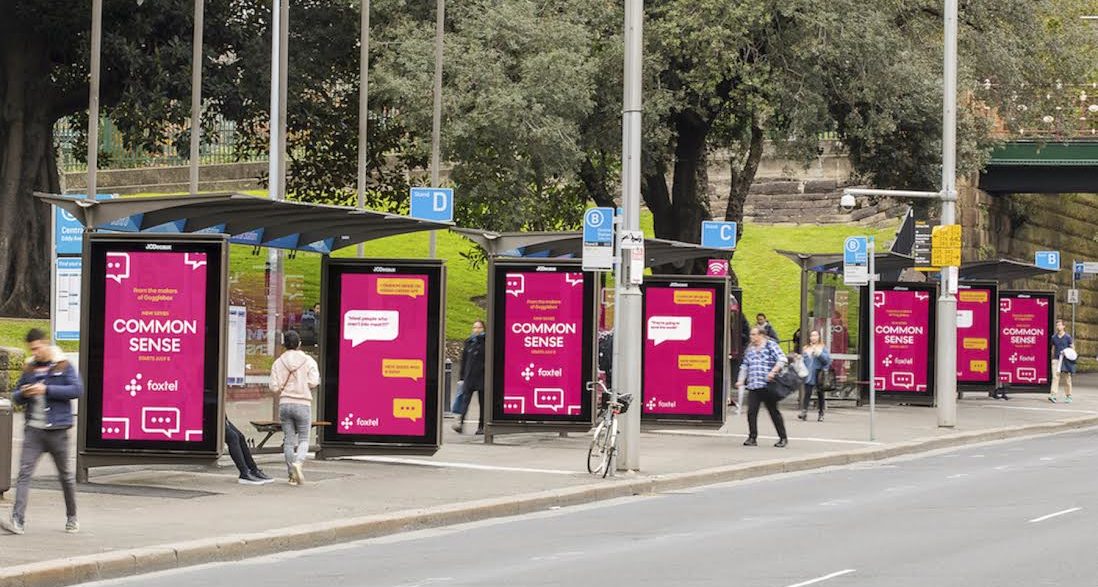 JCDecaux has unveiled the digitisation of three of its prized Spectacular locations in Sydney.

Located at iconic Sydney CBD sites spanning York Street, Eddy Avenue and Elizabeth Street, the new digital Spectacular sites are set to become the new jewel in the crown of JCDecaux’s inner city dominance, according to the out-of-home company.

The new digital Spectaculars continue JCDecaux’s digital rollout, which began with the Sydney launch in May last year and now spans a network of sites in Sydney, Brisbane and Melbourne.

“As our digital network expands significantly we continue to deliver the brand eminence and superior campaign reach that JCDecaux is renowned for – now with the benefit of consecutive digital sites in Australia’s most desirable locations. The new structures are connected and data responsive, which means it’s a win-win for advertisers,” said JCDecaux CEO Steve O’Connor.

Foxtel head of marketing for lifestyle Brigitte Slattery said: “JCDecaux’s new Sydney Spectaculars provided the perfect platform to launch Common Sense. It allowed us to represent the different opinions of Australians on a range of news topics as they break in an entertaining way. This platform plugs into the zeitgeist of the show with scale, impact and relevancy. It was just Common Sense.”