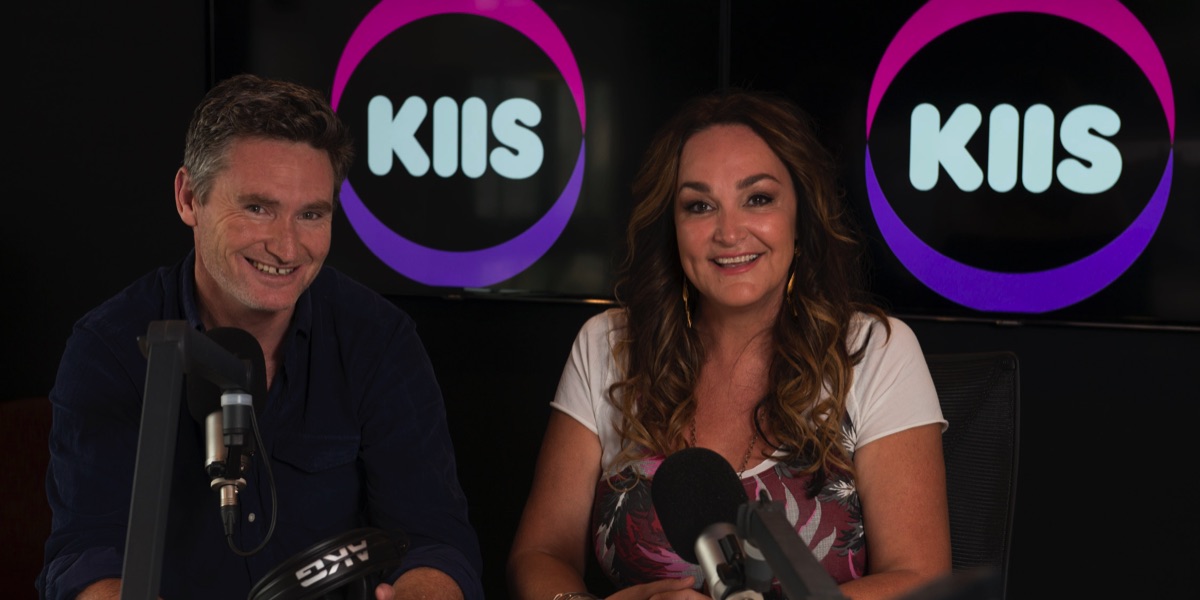 Longtime EP Sacha French and Dave Hughes discuss the changes on the show, growth potential and attitude towards radio ratings

The KIIS Network’s drive show hosts Dave “Hughesy” Hughes and Kate Langbroek have been an on-air couple for nearly 15 years. This is longer than an average marriage lasts in Australia, which is about 12 years.

“Could you write that Kate Langbroek is a genius?” Hughes asked Mediaweek.

“She reads my interviews and is never happy with the amount of compliments I give her,” he laughed.

Sacha French has been with the duo since 2001 when they were at Nova 100 hosting breakfast. French is currently the executive producer of the Hughesy and Kate drive show.

“We all did breakfast for the first time together at Nova 100,” French reminisced. “A lot has changed over the last 15 years in their personal lives and they have grown as performers. They are such great friends. That is part of the magic that makes the show work so well,” French said.

Hughesy and Kate presented their last breakfast show on Nova 100 in November 2013 – ending a 12-year-long run at the station. French then moved on to become the EP of The One Percenters show on Triple M. The trio was reunited less than a year later, when it was announced that Hughesy and Kate would resurface at drive time on the KIIS Network in late 2014.

From a presenter’s point of view, the show’s fabric is still largely the same as it was on Nova 100, Hughes said.

“Humour is still the main part of our show,” he stated. “The one thing you have to make sure is that the content works nationally. Apart from that, Kate and I still share the same vibe.”

However, for French, the change from breakfast to drive was much bigger than she anticipated.

“First of all, you are going from a local show to a national show so the way you look at content is different,” French explained. “In the past, we were covering what was happening locally. Now, when we are looking at the content for the show, we are looking for stories that are relevant to everyone around the country.

“We still come to the idea that a good story is a good story, it doesn’t matter where it’s from.

“The other big difference is the time slot. That was quite a big adaption for us coming into drive.

“We were so used to breakfast where everything moves so fast. Once you get into the office, you have an hour to an hour and a half to prep for the show, and then you are on-air. A lot of things are happening while the show is on. With drive, you have a lot more lead-in time.” 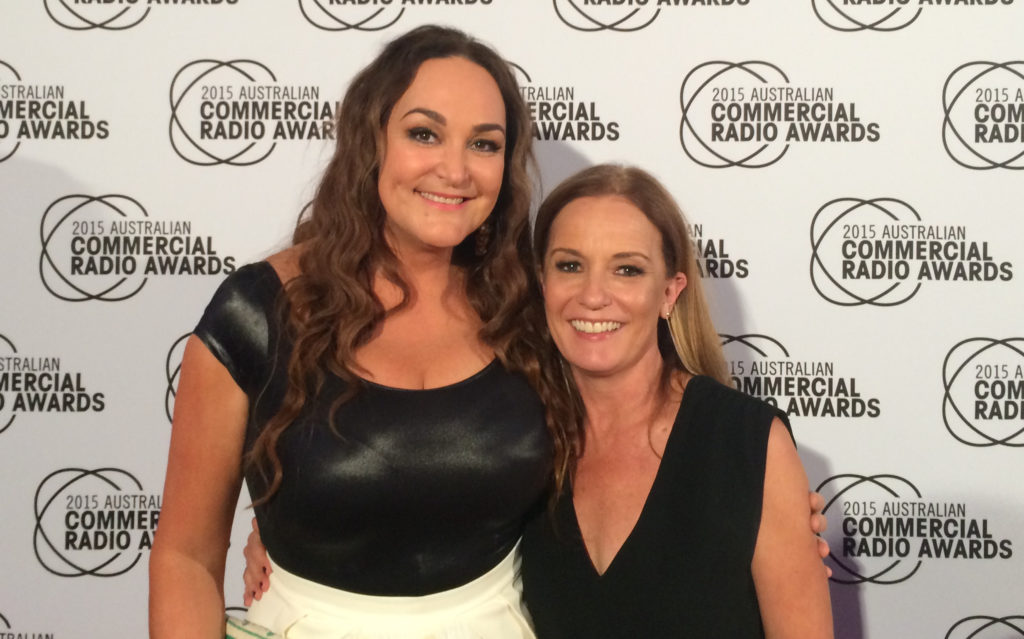 Kate and Sacha French at the 2015 Commercial Radio Awards

French said that despite the fact Hughesy and Kate are well known in Australia and have hosted a successful show in Melbourne, there is room for growth in building the audience for their national drive show.

“In Melbourne people know who Hughesy and Kate are, understand the show and know what the brand is. We are only a year and a half in other markets like Sydney, Brisbane and Adelaide, and about eight months into being in Perth. There is still an opportunity for growth as people discover who Hughesy and Kate are, get to know the show and build that loyalty with the listeners. That is something that comes with time.”

When asked about the competitive market in drive, French and Hughes both agreed that the competition in the drive slot is tough. However, they said that they do not pay any attention to what the others are doing.

“There is no doubt [Nova’s Kate, Tim and Marty and Hit Network’s Hamish and Andy] are great shows. There are also great things coming from Merrick [Watts] on Triple M as well. There are so many options for people,” Hughes said. “You just got to do what you do. If you started worrying about what other people are doing then you are going to start losing focus on what you are doing.”

French echoed Hughes’ statement by saying: “I am always interested in the ratings when they come out. You can go up in three and down in two – very rarely do you get results in all five markets. This is because they are different markets, different stations, and also they play different music in different markets.

“If you are looking at the ratings and you are doing well across the majority of the markets then you’ve got to be happy with that.”

Talking about how much he pays attention to the ratings when they come out eight times a year, Hughes said: “You’ve got to take it all with a grain of salt.

“You want people to listen to you, so you take notice when you get massive shifts in either directions, but you can’t get too caught up in it.”

Hughes has built an extensive career in TV and radio over last two decades, while juggling his career in stand-up comedy.

Most notably, he was a regular panel member on TEN’s news show The Project since it began in 2009. He announced he would be leaving the show in 2013. More recently, he was the host of Australia’s Got Talent on Seven.

Asked about his medium of choice, Hughes professed: “It’s like choosing your favourite child.

“If I had to be doing one thing for the rest of my life, stand-up comedy is hard to beat.”

French has spent over 10 years producing breakfast at Nova 100. She says the pace of breakfast and the adrenaline rush represents who she is.

“If I wasn’t tired during breakfast I would probably stick to that,” French laughed.

“I liked the energy that comes from breakfast. You jump out of bed and you are ready in 10 minutes, go to work and you hit the ground running. That really suited my personality and my style of producing.

“Producing drive radio has taken a bit of getting used to, but we are finding our groove now and have figured out how it works for all of us.

“I was very tired after 12 years of breakfast radio, very tired.”

French and the team get into the ARN building in Melbourne by about 10am. They discuss the show ahead and curate interview talents and other materials needed for confirmed segments.

Presenters Hughesy and Kate come through the office doors between 1pm and 1:30pm. The production team sits down once again to brainstorm the day’s show and go through potential ideas for the shows ahead.

French laughed saying: “The madness starts at about 1.30pm.” The on-air light in front of the studio starts flashing at 4pm.