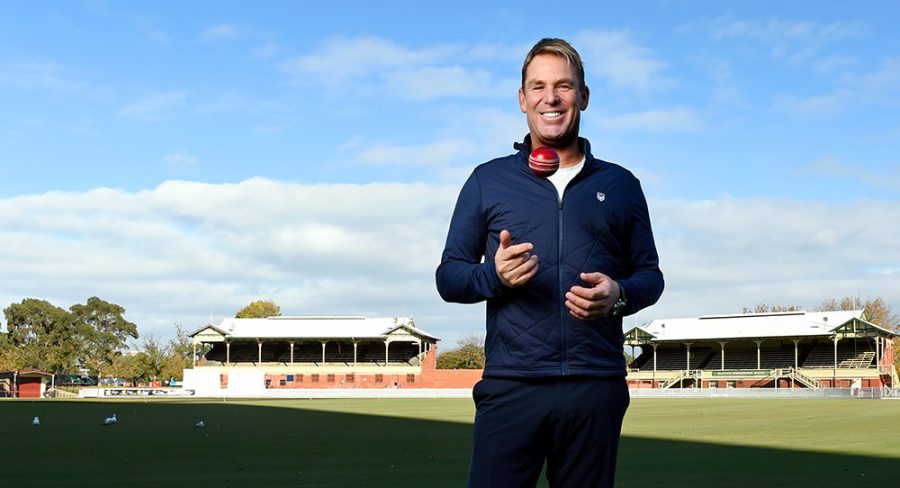 • Foxtel’s Patrick Delany: ‘We promised to build a great team and we have’

Warne said he was blown away with the team that Fox Sports has built and can’t wait to be part of what’s an exciting time for cricket in Australia. Shane Warne and Adam Gilchrist, who was recently announced as the host of Foxtel’s new Fox Cricket channel

“I am absolutely delighted to be joining the amazing team that Fox Sports has put together. It’s a significant time for Australian cricket, and to have a team like this covering the game is really important. And to be part of the team, and part of what lies ahead, is something I’m really excited about.

“For fans to have their own cricket channel, backed by a great team Fox has built, is going to revolutionise coverage in Australia. It’s an exciting time for the game and I can’t wait to be part of it.”

Foxtel and Fox Sports CEO Patrick Delany said: “We promised to build the most formidable cricket commentary team in Australia, and we have done that.

“Warnie is the perfect person to help lead the biggest cricket shake-up in history – an incredible player and now one of the most popular commentators in the game, a straight shooter with an astute cricket mind who says it how he sees it.

“We are building a remarkable team, on and off the camera, to drive our cricket coverage revolution. This is just the start.”

Fox Sports’ head of television Steve Crawley said: “Warnie is unique, one of a kind – the great showman of world cricket who can waltz into the commentary box and give insights no one else can. He adds to a brilliant team at Fox Cricket.”