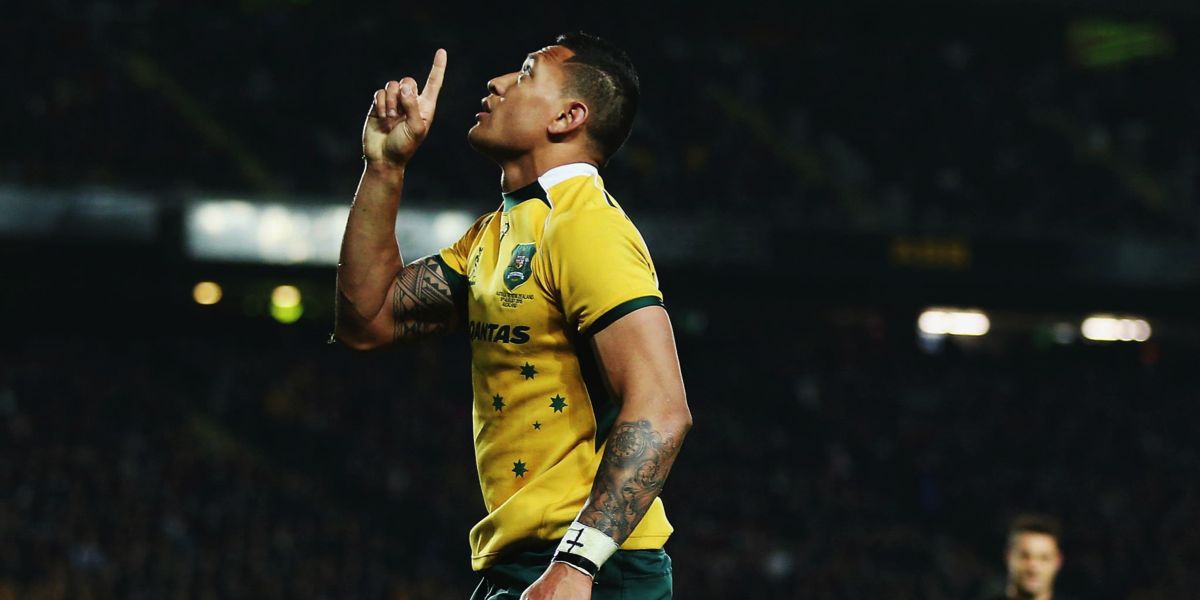 ESPN will bring fans an unmatched, international viewpoint of Rugby World Cup 2015 as it combines a team of writers and video journalists from the UK and Australia to deliver the most comprehensive digital coverage available. ESPN is also proud to announce an exclusive 1-hour TV special on Wallabies head coach Michael Cheika.

ESPNscrum.com kicked off the Rugby World Cup countdown with comprehensive digital coverage of the Wallabies v USA Eagles match in Chicago last weekend, and our line-up accelerates this week on the road to England 2015 with a 1-hour TV special – Cheika’s Wallabies: Hope of a Nation – premiering on ESPN Wednesday September 9 at 9pm AEST (11pm NZ).

ESPNscrum’s chief rugby expert Greg Growden goes one-on-one with Wallabies coach Michael Cheika in an exclusive interview that is a must-watch for every Australian sports fan. Growden asks Cheika hard-hitting questions on his coaching philosophy and approach to leading the hopes of a nation with a national squad that consists of players picked from overseas clubs for the first time ever. With anecdotes and vision from Cheika’s playing days as a rugged forward for Randwick in Sydney Club Rugby, through to his coaching success with Leinster in Europe and the Waratahs in Super Rugby, this compelling special also features comments from leading players to give a rare insight into the intriguing personality of Australia’s national rugby coach.

ESPNscrum.com’s unparalleled digital coverage will include six accredited reporters on the ground covering every match, from every venue across the UK. Australia’s leading rugby expert Greg Growden and associate editor Sam Bruce will join the international pool of contributors, and the site will offer live text commentary, match stats and scores updated in real time. A dedicated video team will also preview every match from our London studio, delivering a range of content featuring high-profile former players such as David Lyons, Nick Evans, Mark Ella and many more.

ESPN’s general manager Aus/NZ Haydn Arndt said: “Our unmatched digital coverage of the Wallabies’ Test against the USA in Chicago last weekend saw rugby headlines sitting alongside major NFL stories on our flagship site ESPN.com, and we are committed to bringing all fans an international viewpoint of the upcoming tournament. With Australia’s leading rugby expert Greg Growden on the ground in the UK delivering hard-hitting opinion, ESPNscrum users will not miss a beat, and our 1-hour special with Cheika gives a compelling insight to the Wallabies head coach.”

ESPN is also proud to be hosting Australia’s largest Rugby World Cup tipping game on ESPNfootytips.com, where all Australia and New Zealand users have the chance to win a trip to the UK to watch an RBS Six Nations double-header Test weekend at Twickenham and Murrayfield in 2016.

For those on the go across the tournament, ESPN’s RugbyNow App has live scores, match stats and player information plus video match reports – serving rugby fans, anytime, anywhere. The RugbyNow app is available now and can be downloaded on all iOS and Android smartphones.