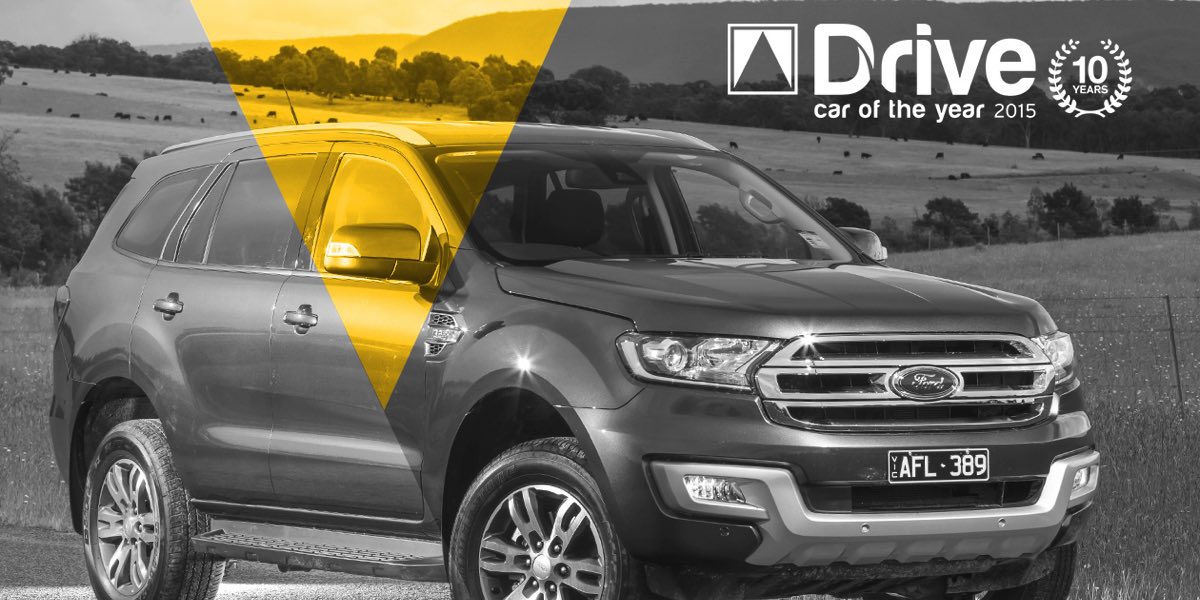 Drive.com.au has given the top award to a brand that caught on fire during a test drive this week for a News Corp motoring journalist\.

Just two days after Fairfax Media revealed it was placing its motoring brand Drive into a JV with TheMotorReport, Drive has unveiled the winners of the 2015 Drive Car of the Year awards online at drive.com.au.

In another quirk of timing, drive.com.au has given the top award to a brand that caught on fire during a test drive this week for a News Corp motoring journalist – the Ford Everest SUV.

Ford Australia is conducting an investigation into what caused its latest model – the new Everest SUV – to suddenly burst into flames during a test drive.

The car maker is yet to issue a recall until it examines the wreckage.

But the incident could affect not only the 1,000 or so Everest SUVs on the road, but more than 100,000 Ford Ranger utes, which share the same engine and electrical system and are made on the same production line.

One of News Corp Australia’s motoring journalists, Peter Barnwell, was road testing the just-released new model – which was designed and engineered in Australia but is built in Thailand – when warning lights started to appear before the instrument display went blank and the engine shut down.

“As I rolled to a stop it just burst into flames,” said Barnwell. “There were flames licking out from under the bonnet.”

The fire brigade arrived within five minutes but it took them more than 20 minutes to extinguish the flames.

Now in its 10th year, the Drive awards were given a revamp in 2015 with new categories added to reflect the changing landscape of the automotive industry, including doubling the number of SUV categories from last year.

It was a big year for Ford in 2015 with the manufacturer taking out six of the 17 award categories, as well as the Ford Everest Trend being named 2015 Drive Car of the Year. It’s the first time in the history of the awards that an SUV has won the overall award, further reinforcing the rising popularity of the category.