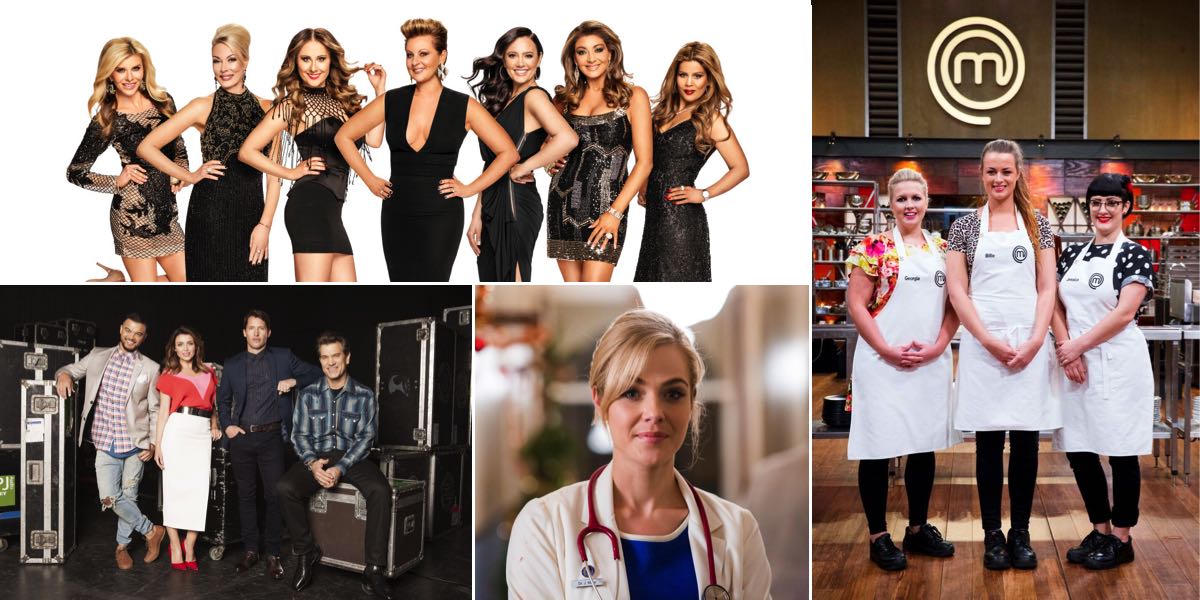 Competition across the feature film categories for the 5th AACTA Awards presented by Presto is fierce. The top six most nominated feature films are: THE DRESSMAKER, which releases nationally today, leading with 12 nominations; MAD MAX: FURY ROAD with 11 nominations; LAST CAB TO DARWIN with eight nominations; HOLDING THE MAN with six nominations; and CUT SNAKE and PAPER PLANES, each receiving five nominations.

The five films vying for the coveted AACTA Award for Best Film Presented by Presto are: THE DRESSMAKER; HOLDING THE MAN; LAST CAB TO DARWIN; MAD MAX: FURY ROAD; and PAPER PLANES.

The directors behind the films nominated for Best Film Presented by Presto are no strangers to Australia’s top screen Awards, making for robust competition.

AFI Award-winning director George Miller, who won an Oscar and BAFTA Award for HAPPY FEET and was nominated by both for BABE, returns with MAD MAX: FURY ROAD, three decades after receiving his very first AFI Award for MAD MAX 2: THE ROAD WARRIOR.

LAST CAB TO DARWIN director Jeremy Sims has a past AFI nomination for direction for BENEATH HILL 60, whilst his acting career earned him an AFI Award in 1999 for AFTERSHOCKS.

The category of Best Lead Actor sees Michael Caton nominated for his performance in LAST CAB TO DARWIN, 18 years after his popular portrayal of Darryl Kerrigan in THE CASTLE, for which he received his last AFI nomination. Fellow past nominees receiving a nomination for Best Lead Actor today are Ryan Corr (HOLDING THE MAN) and Sullivan Stapleton (CUT SNAKE), along with past AACTA Award winner Patrick Brammall (RUBEN GUTHRIE).

Anticipation around who will win the AACTA Award for Best Lead Actress is high, with local talent pitted against international performers. Kate Winslet, whose accolades include Oscar, BAFTA, EMMY and Golden Globe wins, today received a nomination for her performance in THE DRESSMAKER, alongside fellow Oscar winner Charlize Theron, for her performance as Imperator Furiosa in MAD MAX: FURY ROAD. Also nominated are Robyn Butler (NOW ADD HONEY), whose past AFI and AACTA Award nominations include two for performance, and Ningali Lawford-Wolf (LAST CAB TO DARWIN), today receiving her first nomination.

The AACTA Award for Best Supporting Actor also sees a first-time nomination for Mark Coles Smith (LAST CAB TO DARWIN), competing alongside seasoned and awarded performers Alex Dimitriades (RUBEN GUTHRIE), Anthony LaPaglia (HOLDING THE MAN) and Hugo Weaving (THE DRESSMAKER), whose first AFI Award was for PROOF, also under the direction of Jocelyn Moorhouse, in 1991.

THE DRESSMAKER also sees two nominations in the category of Best Supporting Actress, with a nomination for Judy Davis, whose illustrious career includes AACTA, BAFTA, EMMY and Golden Globe Awards as well as two Oscar nominations, and Sarah Snook, who won Best Lead Actress for PREDESTINATION last year. They compete alongside first-time nominee Emma Hamilton (LAST CAB TO DARWIN, the only film to receive a nomination in every acting category) and past AACTA winner Deborah Mailman (PAPER PLANES). Both Mailman and Snook also compete for Best Lead Actress in a Television Drama (for REDFERN NOW – PROMISE ME and THE SECRET RIVER respectively, both ABC).

A total of 31 television productions received nominations for the 5th AACTA Awards presented by Presto. Overall, competition across the television categories is marked by a healthy mix of new and returning productions, shared across all networks.

Despite just one new drama competing for Best Television Drama Series, GLITCH (ABC), this year’s AACTA Awards see a first-time nomination in this category for returning series of both MISS FISHER’S MURDER MYSTERIES SERIES 3 (ABC) and LOVE CHILD SERIES 2 (Nine Network). A past nominee, WENTWORTH SERIES 3 (FOXTEL – SoHo) is again nominated for this coveted Award (following a nomination for the 3rd AACTA Awards).

First-time nominee for the AACTA Award for Best Reality Television Series REAL HOUSEWIVES OF MELBOURNE SEASON 2 (FOXTEL – Arena) marks an exciting new addition in the race for this hotly contested Award, with strong competition from the Nine Network’s THE VOICE AUSTRALIA (4th AACTA Awards winner), Network Seven’s MY KITCHEN RULES 6 and THE X FACTOR (both past nominees), and Network Ten’s MASTERCHEF AUSTRALIA (which won at the 3rd AACTA Awards).

Competition within the performance categories is tightly contested between the Seven Network’s PETER ALLEN – NOT THE BOY NEXT DOOR, and the ABC’s REDFERN NOW – PROMISE ME and THE SECRET RIVER, with each receiving three performance nominations.

The AACTA Award for Best Lead Actor in a Television Drama sees first-time nominations for performance for all four nominees. Newcomer Joel Jackson – who holds just three on-screen acting credits at this, the beginning of his career – received two nominations; one for PETER ALLEN – NOT THE BOY NEXT DOOR (Seven Network), and the other for DEADLINE GALLIPOLI (FOXTEL – Showcase). Fellow nominees are Wayne Blair for the ABC’s REDFERN NOW – PROMISE ME (who holds an AACTA Award for Best Direction for THE SAPPHIRES) and Oliver Jackson-Cohen for THE SECRET RIVER (ABC).

Three of the nominees competing for Best Lead Actress in a Television Drama are former AFI or AACTA Award winners; Deborah Mailman (REDFERN NOW – PROMISE ME), Sarah Snook (THE SECRET RIVER), both ABC, and Pamela Rabe (WENTWORTH SERIES 3 – FOXTEL – SoHo), whose first and only AFI Award was 18 years ago for THE WELL. First-time nominee Peta Sergeant was nominated today for her performance as Rose Hancock in the Nine Network’s HOUSE OF HANCOCK.

Lachy Hulme is the only past AACTA Award winner competing in the category of Best Guest or Supporting Actor in a Television Drama, with a nomination for his performance as Thomas Blackwood in THE SECRET RIVER Part 1 (ABC). Hulme competes with Rahel Romahn (THE PRINCIPAL Episode 2 – SBS) and 14-year-old Ky Baldwin (PETER ALLEN – NOT THE BOY NEXT DOOR Episode 1 – Seven Network), along with veteran actor John Bach (GALLIPOLI Episode 6: If Only … – Nine Network). An astounding range of talent behind the camera is also evident in the 5th AACTA Awards presented by Presto Television nominees, including a number of practitioners who have already received accolades at home and abroad. EMMY Award winning costume designer Marion Boyce is nominated for her dazzling work on MISS FISHER’S MURDER MYSTERIES SERIES 3 Episode 1 – Death Defying Feats (ABC), following a win in this category for her work on Series 2 at the 3rd AACTA Awards. Boyce is also nominated this year alongside Margot Wilson for the beautiful costumes in THE DRESSMAKER.

AACTA today announced a total of 11 documentaries competing for the 5th AACTA Awards presented by Presto. Competition is intense, with ONLY THE DEAD and PRISON SONGS (SBS) both receiving five nominations, followed closely by THE KILLING SEASON (ABC) and SHERPA with four nominations each, and THE CAMBODIAN SPACE PROJECT – NOT EASY ROCK’N’ROLL (ABC) making it into the top five most nominated documentaries, receiving three nominations.

Nominees announced today for the AACTA Award for Best Documentary Television Program Presented by FOXTEL Movies are: BETWEEN A FROCK AND A HARD PLACE (ABC); THE CAMBODIAN SPACE PROJECT – NOT EASY ROCK’N’ROLL (ABC); THE KILLING SEASON (ABC) and PRISON SONGS (SBS).

Other documentaries receiving nominations today are LIFE ON THE REEF (ABC) and URANIUM – TWISTING THE DRAGON’S TAIL (SBS); each has received two nominations.

The Australian Academy congratulates all nominees for the 5th AACTA Awards presented by Presto.

“In a record year of Box Office results for Australian films, we are thrilled to see Australian audiences engaging with these fantastic productions, including through our membership program. This year our member program saw a record attendance of 4,800 members, comprising fans and industry professionals, come along to more than 80 screenings and events to watch great Australian screen productions, buoyed by the strength of the films on offer, and to hear from more than 100 performers and practitioners who came along to discuss their work.

“Following outstanding audience success, the measure of technical excellence for the industry is receiving an AACTA Award nomination. A whopping 12 nominations for THE DRESSMAKER on this, its first day of theatrical release, will spur even greater 2015 audience numbers for Australian films, and we wish Jocelyn Moorhouse and all involved and nominated every success.

“Of course, one of the best things about the AACTA Awards is that nominations are determined by those best qualified to recognise excellence via industry voting, and therefore productions of any scale stand to be recognised. From MAD MAX: FURY ROAD through to CUT SNAKE and PARTISAN, it’s great to see a total of 14 films, including those competing in the visual effects or animation category, in the race to an Award, with a mix of award-winning and emerging directors.

“Australian television production has again been prolific and outstanding this year, with nominations spread across 31 productions, representing healthy competition. It’s great to see PETER ALLEN – NOT THE BOY NEXT DOOR resonating with audiences as well as jurors, receiving an impressive 10 nominations, and new dramas, such as GLITCH, competing with returning series of other great dramas, including WENTWORTH SERIES 3.

“Our visual effects and animation houses and practitioners are truly world-renowned for their creativity, skill and dedication to excellence, and I congratulate today’s nominees, which are counted as some of the world’s biggest films of 2015, including AVENGERS: AGE OF ULTRON and TED2.

“The 5th AACTA Awards presented by Presto in Sydney are set to be our biggest and best yet. We will again partner with the screen guilds to hold ‘Meet the Nominees’ events, this year presented with new partner AFTRS. Held in Sydney, and timed with our two major AACTA Awards events, these events provide our members, guild members and AFTRS students a chance to hear first-hand from nominees across all screen crafts. Anyone can become a member to attend Meet the Nominees events, and the general public and industry are also invited to join us at the 5th AACTA Awards Ceremony & Official After Party presented by Presto in Sydney. I encourage everyone to come along. Audiences can also watch our exciting new broadcast on Channel Seven,” Trewhella said.

The 5th AACTA Awards Ceremony presented by Presto will be held on Wednesday 9 December 2015, and broadcast on Channel 7. General public and industry tickets are available now: www.aacta.org

The AACTAs are proudly supported by the NSW Government through its tourism and major events agency, Destination NSW.