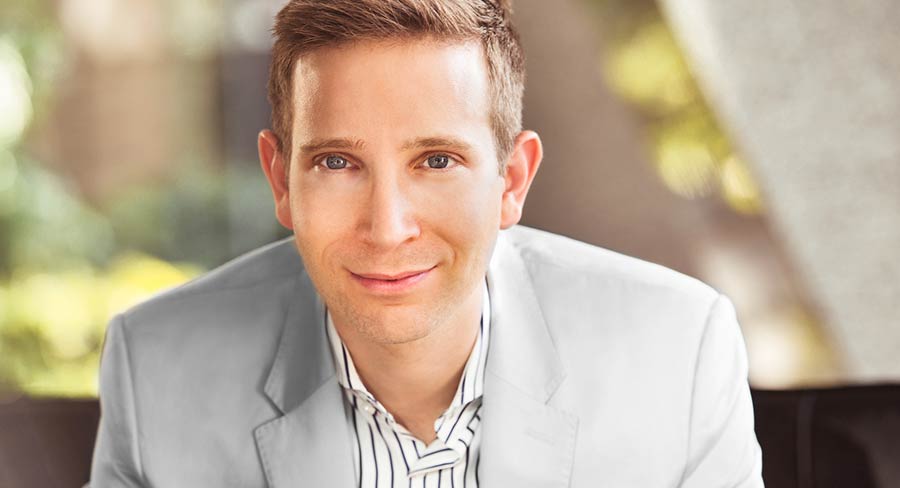 • Ben Naparstek on the ambitious and diverse catalogue of 2019 programming

As Audible Australia’s director of original content, Ben Naparstek has drawn upon his experience in media to help build the audio platform’s first Australia and New Zealand Audible Originals program.

In just a few years Naparstek has moved across the media in a number of prominent roles that started with his appointment as editor of The Monthly a decade ago aged 23. He later edited Good Weekend for Fairfax Media, worked for SBS Online and then PR agency Edelman before joining Audible.

“Great quality storytelling runs in my veins,” he told Mediaweek. “It is what I have been commissioning and is what I have been devoted to for almost 10 years now. At Audible I have never been more excited about the opportunity to innovate, to tell rich stories and to grow the Australian entertainment landscape. Audio can unlock other opportunities that other mediums can’t.

“A producer with a small recording device can often extract private stories that a film and TV crew could never access. We can create long binge worthy dramas that TV networks, working with much larger budgets, would find hard to take on. Particularly in production expensive genres like science fiction or period drama.

“We can also move fast – go out quickly to market with premium titles that don’t rely on print publishing or TV production timelines.

“We can assemble teams with creators from entertainment industries as diverse as comedy, gaming, film, TV, publishing, music, theatre, journalism – bring together creators who might never have thought of working in audio before.”

Although Naparstek has presented a formal schedule of various formats – from audio documentaries to shorter length podcast episodes – to launch between April and December this year, he is more than ready to move quickly on additional opportunities as they arise.

“Quality is the number one focus for us. We can resource teams accordingly if we need to get out something fast with a time-sensitive deadline.”

He added Audible has facilities to ensure high production qualities during several rounds of editing with the aim of delivering a powerful narrative arc.

Marc Fennell’s It Burns documentary is the first from this slate and it will be released in April. Naparstek said it’s a great way to start this series. “If there is one piece of spoken word entertainment you listen to this year it should be this quirkily brilliant foray into human psychology. “Marc is a much-admired TV presenter already, but he was keen for a global platform to tell what is a very international story. It Burns takes listeners from the NSW Central Coast to South Carolina following a 10-year long scandal-plagued race to breed the world’s hottest chilli. In the process he discovers a dark internet sub-culture of chilli heads who participate in chilli eating competitions. It’s not just about chilli, it’s about how people use pain to define themselves and make themselves feel alive.”

“Some of the originals are free to everyone, some are free just to Audible members and others require payment.”

It Burns will be available free until 15 June to anyone who has downloaded and registered on the Audible app.

Here are some of the other 2019 releases from the Audible portfolio:

• Blood Territory (Autumn 2019) – When a dubious plea deal buries the truth about Jim O’Connell’s murder, his parents seek to unravel it themselves in this NT true crime show. Follow the story by journalist Mark Whittaker of corruption allegations, a shadowy figure known as The Vigilante and Jim’s convicted killer, who is released from parole and supported by Jim’s parents who are convinced he is innocent.

• Beautiful (Autumn 2019) – Historical fantasy author, Juliet Marillier, brings to life a reimagined version of Nordic fairy tale, East of the Sun and West of the Moon. Juliet will use magical audio narration and production to illuminate the life of the curious troll princess, Hulde, a character forgotten by the original tale.

• Invisible Women (Winter 2019) – Author Nikki Gemmell writes her first scripted audio drama in the form of this funny and pertinent multicast comedy about female friendship and embracing the next phase of life. This Audible Original explores the experience of middle-age female invisibility in Australia through the eyes of newly-separated Lu, who joins four old schoolmates on an odyssey into the Australian outback. Tension mounts as a school reunion goes awry and old betrayals and estranged parents are revisited. • Ghosthunter (Winter 2019) – Sometimes the most terrifying ghosts are our own. Documentary-maker Ben Lawrence follows part-time ghost hunter, Jason King, in the hunt for King’s absent father. Soon, their search converges with a police investigation and a horrific family secret is exposed.

• Zero Day Code (Winter 2019) – A modern city can feed itself for a week. No more. Set in the near future, with global food supplies under increasing pressure from worsening droughts, floods and extreme weather events, this story by acclaimed writer John Birmingham taps into the power of long-established western mythologies about apocalyptic collapse. Zero Day Code follows a handful of survivors from the first day of the collapse into violent, uncertain futures.

• John Safran vs Sorcery (Spring 2019) – The renowned author of Depends What You Mean By Extremist and international bestseller Murder In Mississippi, explores modern-day witchcraft and the psychology of belief. In his new series, John packs his bag and heads off to places where Black Magic leads to murder and exorcisms, and asks why in this world of science and rationality are there communities around the world still fearful of dark spirit realms?No Gangsters in Paradise (Spring 2019) – In Western Sydney, a wave of gun violence tests the boundaries of the justice system and holds to question Australia’s treatment of migrant Muslim communities. The story by journalist Mahmood Fazal investigates the tension between Australian law and foreign ideals of young migrants, which were justified in wars they thought they had left behind.

• The Goodbye Party (Summer 2019) – In the early 1980s, the semi-naked bodies of a young man and woman are discovered by a riverbank in Sydney’s leafy North Shore. Inspired by a true cold case, this is a fictional thriller where lies, conspiracies, and memories finally expose who killed the couple and why. This riveting story by Louis Nowra reveals a shadowy world of sex parties, wife-swapping, scientific experiments, bizarre cults, and a possible CIA assassination.

The Audible Australian Originals program announcement comes as new research commissioned on behalf of Audible finds Australians are keen to broaden their minds and to feel inspired by the words they consume in 2019.

• 80% of Australians feeling their conversations are becoming more negative
• Aussies are also looking to be positively impacted by the content they consume in 2019, with over half of those surveyed yearning for positivity and inspiration in the words, stories and public figures they come into contact with throughout the year
• 92% of Australians feel some words have lost their power or are overused, citing ‘fake news’,‘breaking news’ and ‘climate change’ as the most common
• 72% of Australians think that some public figures could benefit from using better and more inspiring words in 2019, with politicians most in need of improvement