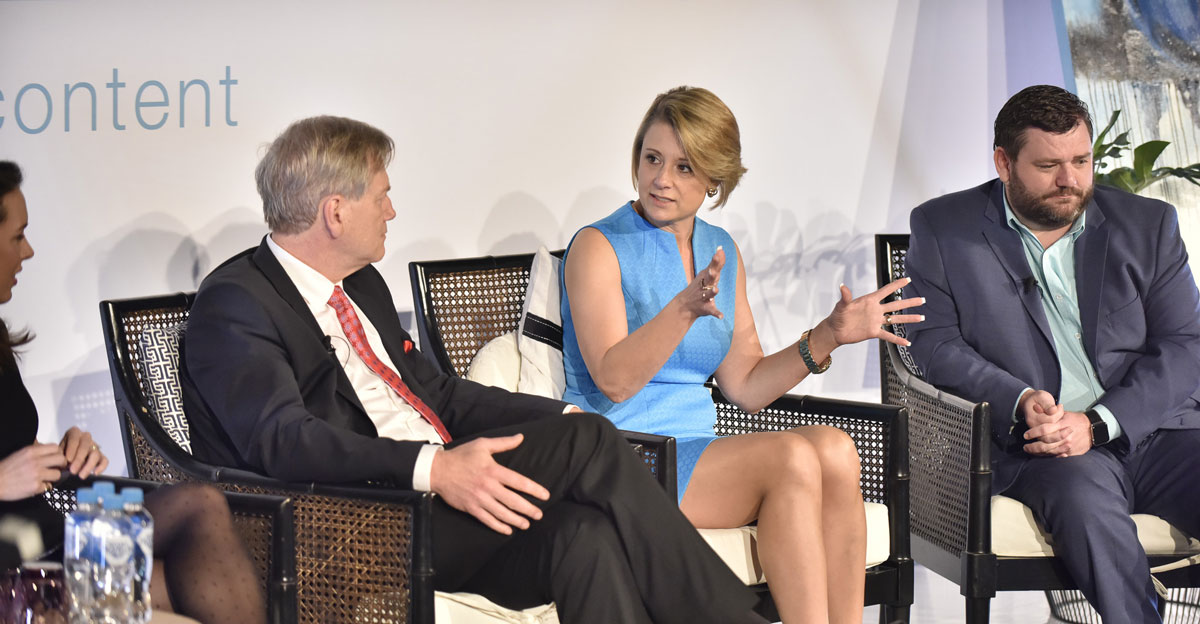 A Sky News panel discussion at the 2016 ASTRA conference emphasised the value of running a lean production,while  delivering audiences an immediate authenticity.

Bolt was quick to compare his experience of working for the ABC to working for Sky News. He initially worked at the ABC as a regular panelist on political analysis program Insiders, returning this year for the upcoming ob-doc Recognition: Yes Or No:

“Obviously you worry. Seven o’clock is a hard slot. If you’re interested in news, you get it offered free from everyone else. From my point of view it was important to offer the alternative. I couldn’t just do “this is what the ABC are showing, but I’m showing it here and you have to pay for it. That isn’t going to work. I felt licensed to offer an opinion show.

“I did a show for the ABC, we filmed for a month. We stopped filming in January, it got finished in editing in July, and it will get screened some weeks from now. You just think ‘where is the freshness. Plus, where’s my taxes?’”

The controversial political commentator praised Sky News for offering a voice to different views than are presented on other networks.

“Sky, by offering this sort of politics that you don’t find on alternative stations, we’ve got a range of views obviously, but there’s also a more conservative brand… It is content you cannot get anywhere else,” he said.

Paul Murray echoed the need for alternative views on air.

“I can have a strong opinion like anyone. I’m inspired by people like Andrew [Bolt]. It’s amazing that he’s there and it’s a joy to follow him… My view is that mine is just an opinion. It’s a loud opinion, it’s a strong opinion. But I’m not arrogant enough to believe it’s the only opinion. Sky News is at its best when you aren’t just cycling in on one hour. It’s when you’re sampling a live event, immediate analysis, and later,’ Murray said.

In considering who the audience is for his show and the wider Sky News viewership, Murray went on to explain that the audience exist beyond the large metro audiences: “A lot of people who are based in Sydney and Melbourne, we have conversations about connecting with Western Sydney. They’re not ‘other’. It’s us. Regional Queensland is us. Tasmania is us. Straight, gay, black. It’s us. It’s informed me about how to put the show together. I don’t care about the political players, I care about the people watching in their undies.”