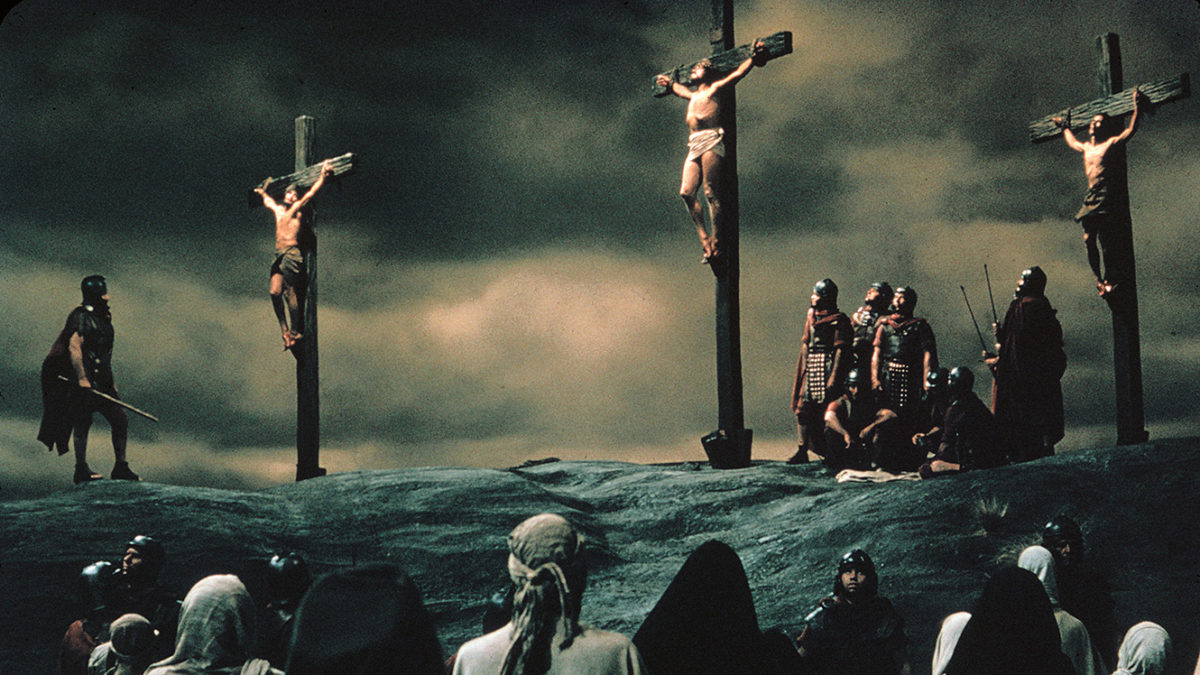 Once upon a time, you couldn’t move off the couch because of the slew of biblical movie on offer. In fact, Good Friday was once so sacred, Ten dropped the raunchy Number 96 for one night. Although such respect is now out of vogue, digital TV and Foxtel are bringing back the tradition with such events as Ben Hur (7pm Saturday on GEM) and The Making of Ben Hur (4.05pm Sunday on Fox Classic. Both are about the original version with Charlton Heston, although I would watch a documentary about last year’s box office bomb remake which lost Paramount and MGM over $100 million). There is also The Greatest Story Ever Told (8.30pm on Fox Classics and 12.10pm Monday on GEM), which is the all-star Jesus story with Charlton Heston (again) as John the Baptist, Telly Savalas as Pontius Pilate, Donald Pleasance as Satan and John Wayne as a Roman centurion who memorably drawls at the Crucifixion “Truly this man was the son of Goddddd.”

It’s the 10th series of the sci-fi reboot and the last to feature Peter Capaldi in the lead role. The Doctor now has a “feisty” new black female companion and Matt Lucas is back for more hijinks too. There are more than few obsessed Whovians down under and Rove McManus is definitely one, making him the perfect choice to host ABC2’s new talkfest straight after each new episode airs. Rove will be surrounded by other Whovians and not Sam Frost, as I expect he would be met with stony silence if he tried to engage the former Bachelorette in a discussion about the TARDIS. How is their new radio gig going… on Austereo… at 7pm… Anyone?

Q&A is being rested on Easter Monday and I worry greatly about what News Ltd’s right wing commentators will write about next week without their favourite whipping dog. Perhaps they, and those wacky One Nation senators, could instead get their knickers in a twist about the national broadcaster wasting money on Rage, a show that screens music videos that are often full of scantily clad women and loose morals. Taxpayer money being spent for 30 years on this rubbish? No wonder Pauline Hanson wants its budget cut in half.

Seven has nobody but itself to blame for the ratings decline of First Dates last week. By resting MKR for a week, their regular audience deserted them and the delightful First Dates struggled to find an audience in this ridiculous non-rating period. Now it’s time for another of their dating shows to come back (and thankfully it’s not Kiss Bang Love). Will any of the couples in this second season of Seven Year Switch actually have been together for seven years? Just one? Thought so. Yawn.

Now this is one odd new drama series, with Jude Law baring his bum within the first few minutes as he dreams about becoming the new Pontiff. He smokes, only wants Cherry Coke for breakfast and his right hand woman is the nun who brought him up (played by Diane Keaton). SBS can’t think too much of it burying it in this timeslot but this Italian-Spanish-British-French-American co-production is wicked but polished – and a second series is in development. Just don’t tell the Catholics that Jude Law has just been cast as the young Dumbledore in Fatastice Beasts 2. Knowing he is going to play a gay who is in love with Johnny Depp (playing Grindelwald) might be too much for some.