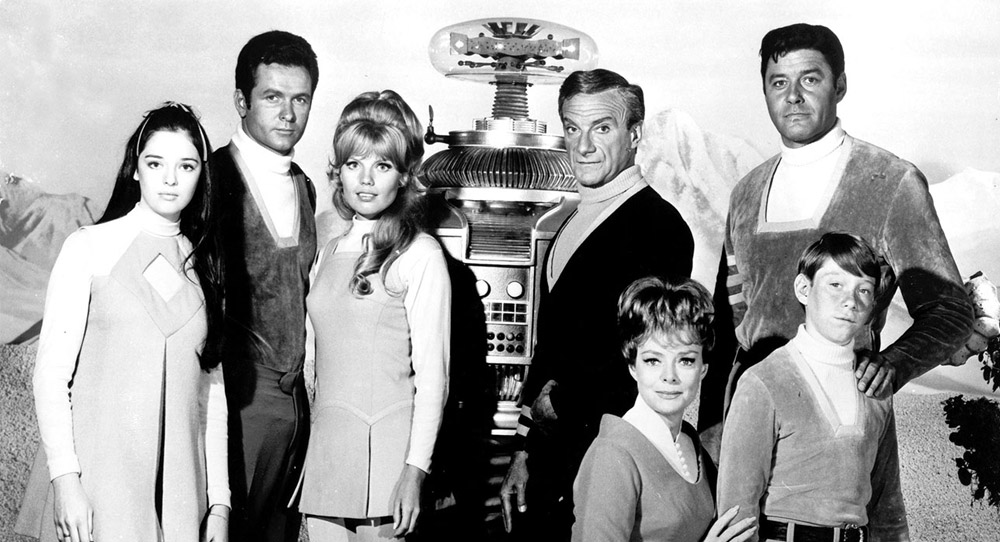 Netflix may be taking over the world but it is certainly not doing it via original concepts. Apart from its bingeing model, which offers an entire season immediately instead of one episode at a time, much else it does is a carbon copy of what has always worked on traditional TV networks.

There are drama, animation, sitcoms, talk shows and reality. And while news is rumoured to be coming next, the industry is also arguing about which awards ceremonies its movies should be considered for (which in my book should be Emmys, given movies made for TV are telemovies and only movies made for big cinema screens should be Oscar worthy).

Given re-boots, re-imaginings and remakes are also scoring on free-to-air TV, Netflix is also cashing in on that, with Gilmore Girls, One Day At a Time, Fuller House and Queer Eye. Today yet another is poised for take-off and it could be its biggest nostalgia hit yet. Lost In Space started life back in 1965 as a black and white TV series, but by the time it had gone to colour for its second and third seasons, the concept had been completely hijacked by breakout comedy relief character Dr Smith (Jonathan Harris). In the 1998 big screen version (note I said big screen again because it sure wasn’t a telemovie), Dr Smith was played by Gary Oldman. Despite the movie finally knocking Titanic off atop the box office chart after 15 weeks, it was widely considered to be a disappointment.

Now Lost In Space is back and this time it is soaring with a gravitas it has never had before. All the original characters on the Netflix reboot are back, but this time they are multidimensional with never-before-hinted-at family dynamics and flashbacks that explain the drama even further. And Dr Smith, now being played by Parker Posey, has not just changed sex but is so sociopathic I am actually scared at what could be coming next from her. Danger, Will Robinson, indeed!

It’s now set in the year 2046 (because that 1997 setting from the original has well and truly dated). I hope a future episode will explain how eldest daughter Judy has a different skin tone and hair colour from the rest of her all-ginger family. Maybe the Robot can figure it out but it has its own issues to deal with, given it also has a far more violent past than the original ever imagined. For someone not into sci-fi or space shows, I am totally on board with Netflix’s Lost In Space. And it is also time for me to retract all former comments made about the new Dynasty, which is made by the CW but Netflixed to the rest of the world.

Just like the original series, the arrival of Alexis Carrington has come just in time to jolt the series from the brink of cancellation. Filling the shoes of Joan Collins is no easy task, but Nicollette Sheridan’s entrance doubled its ratings, and then doubled them again with her next episode. Having now played three iconic primetime soap vixens (Paige Matheson on Knots Landing and Edie Britt on Desperate Housewives), Nicollette Sheridan’s Alexis isn’t original, but it doesn’t matter that because like Netflix, she is in a class of her own.