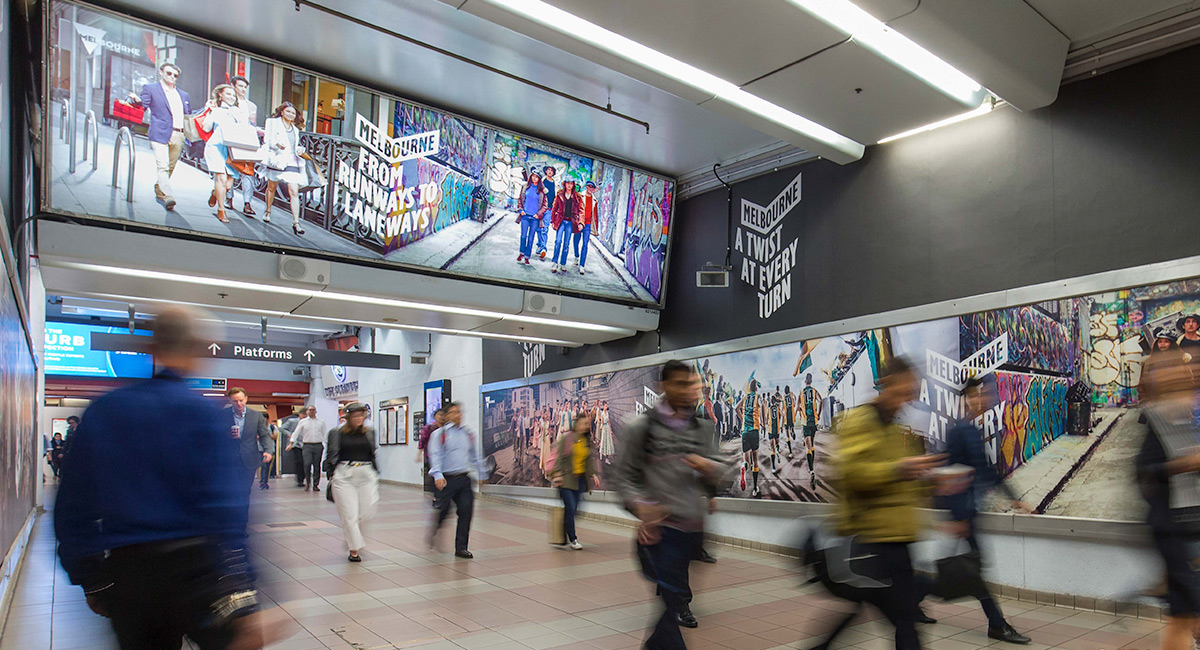 Adshel has confirmed it has secured the seven-year contract for Metro Trains Melbourne (MTM). From April 1 2018, Adshel will add MTM’s 15 rail lines and 218 stations to its existing offering across Sydney Trains, creating a single network to connect with the bustling traveller in both cities.

The win is good news for Adshel after earlier this year losing part of the Yarra Trams business.

Adshel is promising to extend its leadership in commuter media and bring a host of new scalable digital features to market.

The new screens will offer full motion capability as the digital network increases the touchpoints for vertical video and will be available either in targeted off-the-shelf packs or in hand-picked locations by the day or week part. The win reaffirms Adshel’s commitment to the Melbourne market, said Adshel CEO Mike Tyquin: “We are delighted to have been appointed by MTM. Adshel is committed to building value for advertisers and transport operators in the rail segment through our audience focus and application of technology and innovation. The MTM win, in combination with our Sydney Trains network, will enable advertisers to access Australia’s largest combined captive commuter audience for the first time.

“Adshel’s scale, unrivalled position and unparalleled understanding of audiences will transform the MTM customer experience and enable advertisers to make intelligent, audience insight-driven out-of-home ad buys across the network. The MTM contract win continues our successful, long-term presence in public-private transport partnerships in the Melbourne CBD and metropolitan areas. We look forward to working with MTM to build and deliver a visionary new tier one media estate.

“The MTM win further positions Adshel as a leader in the out-of-home transport sector and specifically highlights the success of our Adshel Rail network that will now cover Sydney, Melbourne and Perth. Our forward-planning, strong leadership team and transformative, innovation-driven business roadmap position us strongly for the future.”