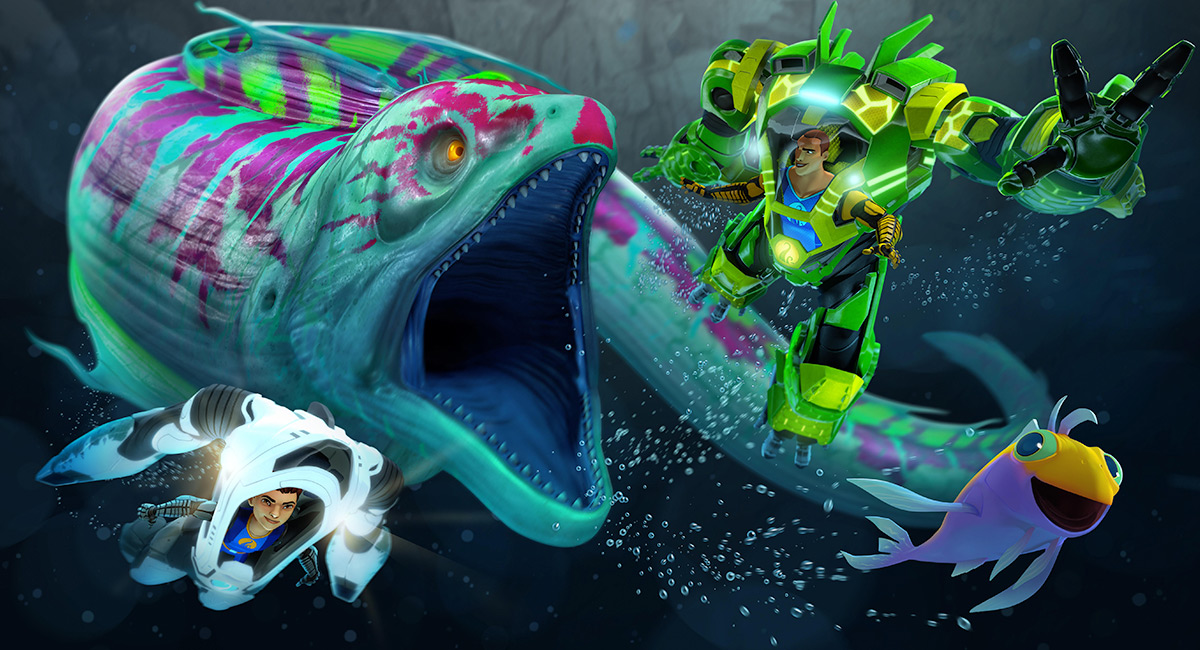 DHX Media, A Stark Production and Technicolor have announced that ABC ME has ordered 13 new half-hour episodes of the global hit series The Deep, bringing the total number of episodes to 52 half-hours. Season three of The Deep will be available to Netflix members worldwide, and on DHX Media’s own Family CHRGD in Canada.

“ABC ME brings children content that they love and we are excited to be expanding that experience with a new season of The Deep – a high quality and engaging underwater adventure series like no other,” said Michael Carrington, head of ABC children’s television.

Avrill Stark, CEO, A Stark Production, and executive producer of The Deep, said: “We are extremely pleased to be announcing a third season of The Deep with our wonderful collaborators, DHX Media and Technicolor. With broadcast and streaming support from ABC, Netflix and Family CHRGD, plus some exciting licensing deals in place, we are looking forward to the continued local and international success of The Deep.”

The Deep is a co-production between Australia-based A Stark Production (scripts, design and music) and Canada-based DHX Media (animation, voices and post-production), with distribution also handled by DHX Media.